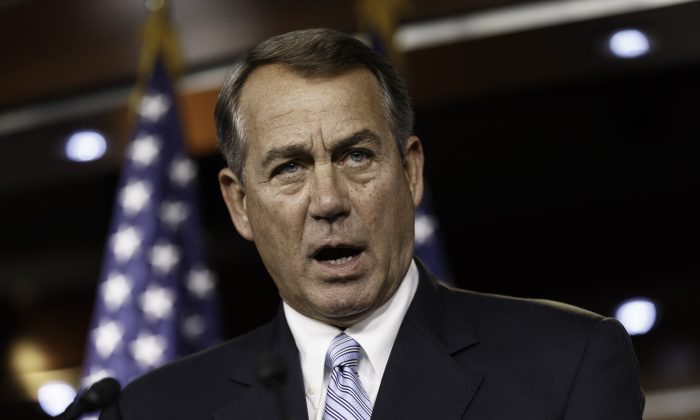 Drudge Report on Friday focused on an article saying the White House expects to see Republicans try to impeach President Barack Obama if they get a chance.

The article, posted on The Blaze, reported that spokesman Josh Earnest said he had doubts whether House Speaker John Boehner actually wanted to go ahead with impeachment.

“I do believe that the speaker said on a number of occasions that there would not be steps taken by Republicans to shut down the government over health care,” Earnest said, referring to Boehner. He added: “Maybe you need to ask him a little bit more about whether impeachment is on the table or not.”

A counselor to Obama, Dan Pfeiffer, said impeachment could happen, stirring up questions. He said, “I would not discount that possibility. I think Speaker Boehner, by going down the path of this lawsuit, has opened the door to Republicans possibly considering impeachment at some in the future.”

According to the Los Angeles Times, Pfeiffer said that he wasn’t sure if an attempt to impeach the president would be a good thing.

However, Boehner has ruled out impeachment proceedings but instead proposed a lawsuit against Obama, saying he exceeded his powers.

He also added: “I think there are some Republicans, including some Republicans who are running for office hoping they can get into office so they can impeach the president. That is apparently a view they have to hold because it is a view that they express publicly.”

Republicans, however, said that Pfeiffer’s comments were intended to create worry among Democrats so as to make donations in elections.

“We have a humanitarian crisis at our border, and the White House is making matters worse with inattention and mixed signals,” said Boehner spokesman Michael Steel. “It is telling, and sad, that a senior White House official is focused on political games, rather than helping these kids and securing the border.”