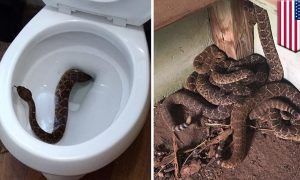 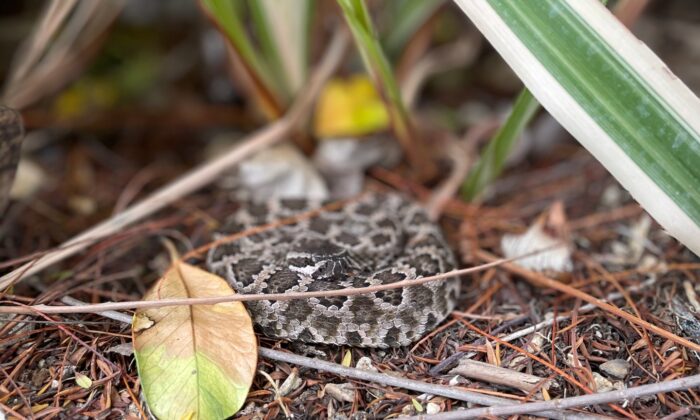 California’s ongoing drought is enticing venomous reptiles out of the wild and toward residential areas, says an Orange County snake remover.

“This drought we’re having this year is definitely causing an increase of snakes in neighborhoods,” Dan Wells told The Epoch Times. “It’s causing snakes to be closer to water, prey, and shelter.”

In June, Wells caught and relocated 47 rattlesnakes, compared to the seven snakes he captured 2020.

The dry, hot weather is prompting rattlesnakes to slither down the hills and toward more moisture-rich areas such as creeks and waterways behind homes, he said.  As the snakes attempt to relocate, wet areas are also increasingly popular due to their abundance of prey.

Generally speaking, it is not uncommon for canyon-area homes to notice more snakes during the summer as the land becomes drier. Most of the snakes Wells has recently captured were discovered in Trabuco Canyon, Rancho Santa Margarita, and Silverado Canyon.

Residents are most likely to find rattlers—which are eager for shelter and water—hidden under covered or cluttered areas.

“When it’s too hot, they’ll either retreat underground or they’ll find some cover to go under,” Wells said.

They’re most likely to emerge in the evening when the weather begins to cool down, he said.

Those who spot a snake on their property should resist the urge to try trapping it, as it might attack, Wells said. Instead, he recommended backing away from the reptile and calling a snake removal service for help.

When help is on the way, residents should keep a watchful eye on the creature from a distance of about 20 feet until it is captured.

After capturing a snake, Wells said he relocates it into a safe environment away from residential neighborhoods.