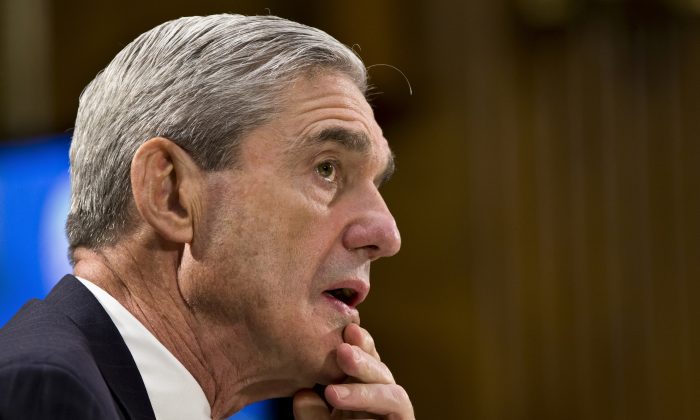 Drones Used for Surveillance on US Soil, But ‘Very Seldom:’ FBI Director

Drones are used for surveillance of U.S. citizens, but in a “very, very minimal way,” said FBI Director Robert Mueller said on June 19 in front of a senate committee.

Mueller said that the FBI is “in the initial stages” of developing policies and operational limits, and that overall the agency uses drones both inside and outside the country very rarely.

“Our foot print is very small,” he said of drone use overall. For surveillance inside the country, drones are used “In a very, very minimal way,” he said.

The agency is exploring how drones are used and “the necessary guidelines for that use,” said Mueller.

He was being questioned by U.S. Sen. Charles Grassley (R-Iowa) and U.S. Sen. Dianne Feinstein (D-CA.)

“I think the greatest threat to the privacy of Americans is the drone, and the use of the drone and the very few regulations that are on it today, and the booming industry of commercial drones,” Feinstein said.

The acknowledgement appears to be the first time a U.S. official has discussed drone use within the United States.

President Barack Obama’s administration last month disclosed that its targeting of terrorists outside of the country included American citizens.

After Attorney General Eric Holder sent a letter to Congress, Obama gave a speech in which he discussed details of drone use.

Obama said that criticism over drone use, including over citizen casualties from drone strikes, is credible, and he himself is haunted by the loss of innocent lives.

“I must, as commander in chief, weigh these heartbreaking tragedies against the alternatives,” he said.