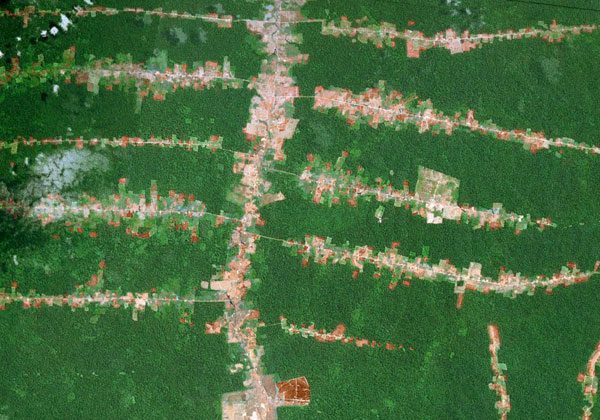 Drones to Scan the Amazon Rainforest for Hidden Civilizations

Researchers are planning to use drones equipped with vegetation-penetrating lasers to scan the Amazon rainforest for signs of past civilizations, reports the University of Exeter.

A team led by Exeter archaeologist José Iriarte hopes the initiative will help settle the debate over the extent to which Earth’s largest rainforest was occupied and shaped by humans.

“The data gathered through the project has the potential to estimate, for the first time, the spatial scale of past human disturbance across the entire Amazon basin,” said Iriarte in a statement. “Our project will resolve the previously overlooked role of humans as important agents of environmental change; from being viewed as the ‘noble savage’ living in harmony with ancient forests creating little or no impact on the landscape to actively shaping Amazonia through agricultural practices. In order to make informed decisions about a sustainable future, it is critical that policy-makers have a sound understanding of the historical role of humans in shaping the Amazonian landscapes and to what extent forests were resilient to historical disturbances.”

The project, which is being done in partnership with the National Institute for Amazonian Research (INPA) and the National Institute for Space Research (INPE), among other institutions, will rely on a combination of approaches, including field-based assessment for precision and remote sensing technologies like an Unmanned Aerial Vehicle (UAV) equipped with Light Detection and Ranging (LiDAR) sensors for scale. LiDAR allows researchers to “see” through vegetation and scan the forest flood for signs of ruins and other archaeological features like so-called “black earth” or “terra preta”, rich soils created by agricultural societies. The technology has also been used to map sub-canopy vegetation and account for carbon stored in forests.

The scale and nature of Pre-Columbian societies in the Amazon has been a hotly debated issue. Some researchers believe that vast areas of the Amazon were inhabited by large human populations that played a role in shaping the region’s ecology and biodiversity. Others scoff at the notion of a heavily populated Amazon, arguing that the rainforest’s scare resources would limit large populations to settlements along rivers, leaving most of the region lightly populated or devoid of humans.

The first drone flight is scheduled for the fall of 2015.

This article was written by news.mongabay.com and republished with permission, original article here.