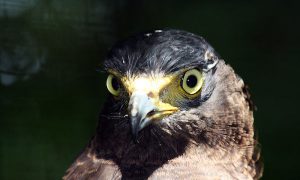 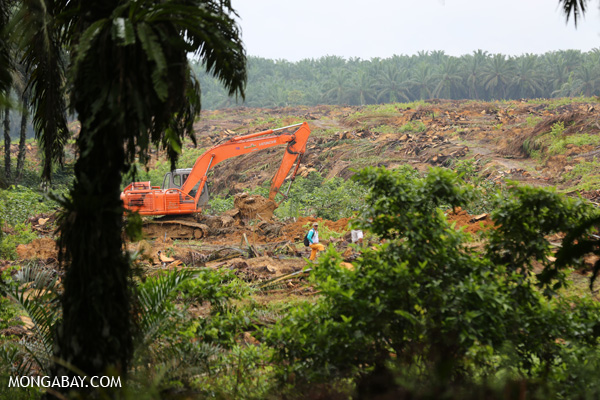 Cargill will use Unmanned Aerial vehicles (UAVs) and ‘solar-powered, satellite-connected remote sensor networks’ to monitor compliance with its new zero deforestation policy for palm oil, reports the agribusiness giant in its first progress report on its recent forest commitments.

The report, issued today, evaluates what Cargill has achieved since updating its palm oil sourcing policy in July 2014. That policy commits the company to build a “a traceable and transparent palm oil supply chain” that excludes deforestation of high carbon stock and high conservation value areas, conversion of peatlands, and exploitation of indigenous peoples and local communities as well as inclusion of smallholders. The policy was followed in August by a broader commitment to extend the safeguards across Cargill’s other supply chains.

In the report, Cargill says it is on target with several key objectives, including “[mapping] 80 percent of its palm oil in key markets back to individual mills by the end of this year and 100 percent of all mills by December of next year.” It also pilot tested a new approach to identify High Carbon Stock (HCS) forests, which it plans to extend to three supplier plantations later this year. That methodology was developed in conjunction with The Forest Trust (TFT) — Cargill’s implementation partner — and Greenpeace, a historic critic of Cargill’s palm oil sourcing practices.

Notably, Cargill says it will field test technology-based approaches to monitor progress and compliance with its policies.

“A well-known maxim says that ‘what gets measured, gets managed,'” states the report. “Consequently, Cargill will track key indicators to monitor progress, identify and promote best practices, get to the root causes of problems, and take corrective action if necessary.”

“Cargill is working to map the use of forests in Indonesia using unmanned aerial vehicles. The technology will enable smaller teams to map concessions. It will also help address land use issues, conservation, plantation management transparency, and the identification of HCS and HCV forest areas.”

The firm added that it is also establishing protocols to improve transparency.

“We are putting in place a formal grievance process to address issues in the supply chain,” it said. “We will use third party verification where required and report on our progress regularly. Based on what we learn, we will adapt and improve continuously and publish our actions on a regular basis.”

As one of the world’s largest agricultural companies with a footprint in more than 60 countries, Cargill’s approaches and progress will be closely watched. The company has long been targeted by environmentalists, but its recent moves have led some of its traditional adversaries to express support for its initiatives.

“Today’s deforestation pledge by Cargill’s CEO is a welcome commitment and marks an important new course for the company,” said Lindsey Allen, Executive Director of Rainforest Action Network (RAN), a long-time critic, when the zero deforestation commitment was announced. “RAN looks forward to opportunities to engage with Cargill as they move forward over the next few months to translate this pledge into effective policies – and then to implement these reforms within Cargill’s daily operations in order to bring this pledge to life.”

“Cargill’s commitment to cut deforestation across all commodities has the potential to be a transformative move in the fight against climate change,” Glenn Hurowitz, Chairman of the Forest Heroes campaign, added at the time. “While implementation is the key, Cargill is doing the right thing by announcing it will take steps to protect forests wherever they are threatened.”

Establishment of oil palm plantations has been one of the biggest drivers of deforestation across Malaysia and Indonesia over the past decade. Carbon-dense peatlands have been increasingly targeted for conversion, greatly exacerbating the climate impact of palm oil production. Accordingly, most environmental campaigners have focused on pushing for policies that shift new plantation development to non-forest lands.