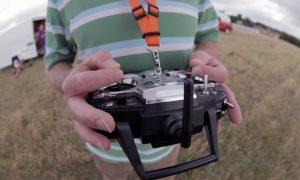 Drones are in the news a lot these days. Whether it’s getting sneak peaks at the set of Star Wars episode VII, taking an epic selfie, or securing the US-Mexico border from illegal immigrants and drug smugglers, not many days go by without a new picture or video captured by a drone getting a lot of attention.

Enter the hackers, Samy Kamkar, who gained his hacking fame for engineering a bug that took down Myspace and was named after him, has developed a way for a drone to disconnect the pilot of a nearby drone from their controller and give command to another user. This exploit comes shortly after Amazon announces it’s plan to begin delivering packages via drone, which is sure to have them back to the drawing board, trying to figure out how to develop hack proof drones. As automation and robotics become more and more common, maybe nothing is going to be safe from brilliant people with too much free time!