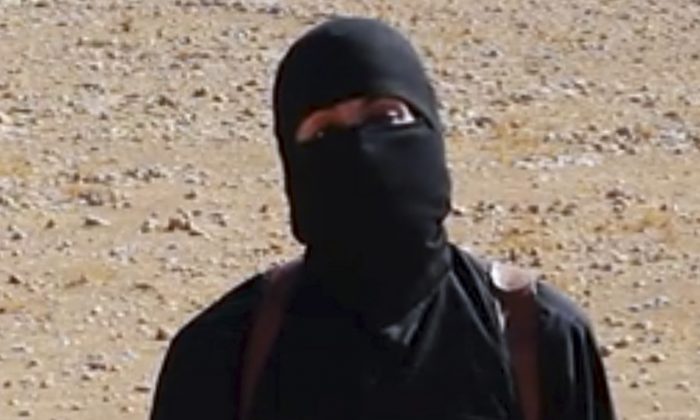 The airstrike targeted Mohammed Emwazi, who had appeared in eight beheading videos from terror group ISIS.

U.S. officials said they’re “99 percent certain” that John was killed in the strike, while U.K.sources told the Guardian that there is a “high degree of certainty” that the killer was dead.

U.K. Prime Minister David Cameron called the strike “an act of self-defense” that struck at the heart of ISIS.

“It was the right thing to do,” he added.

“He was only a pawn in Isis’s stupid game, but knowing it’s over, that he’s finally dead, still hasn’t sunk in,” she said in a statement. “As much as I wanted him dead I also wanted answers as to why he did it, why my dad, how did it make a difference?”

“Mixed feelings today wanted the coward behind the mask to suffer the way Alan and his friends did but also glad it’s been destroyed,” he wrote on Twitter.

Richard Clarke, a former counter-terrorism advisor to the White House, told ABC that killing John was a strong move by the Western forces.

“Since ISIS has used propaganda and its ‘winner’ image to lure new adherents, when its propaganda figure is killed that makes it look more like a loser, more like the tide may be turning against it,” he said.