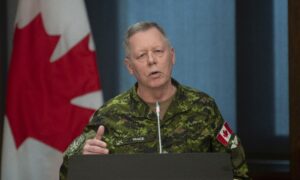 Canadian Forces Prepare to Do Battle With CCP Virus
0 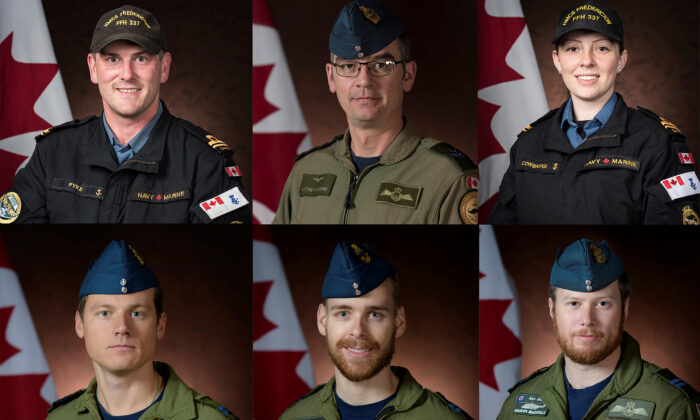 HALIFAX—The Canadian Armed Forces has ended a mission to retrieve the wreckage of Stalker 22, a Cyclone helicopter that went down off the coast of Greece in April with six military members on board.

The decision to halt the effort was announced Wednesday by Maritime Component commander Rear Admiral Craig Baines, who said the remains of some of those lost in the crash had been recovered, along with “any of the important pieces … that were necessary for the investigation.”

The effort required the use of a U.S. Navy drone launched from a civilian supply ship, and was wrapped up after eight days of operations in the Ionian Sea.

The remains of Sub-Lt. Abbigail Cowbrough and partial remains of Capt. Brenden Ian MacDonald were recovered shortly after the Cyclone crashed within sight of the Halifax-class frigate HMCS Fredericton while returning from a NATO training mission on April 29.

The crash caused the worst loss of life in one day for the Canadian Armed Forces since six Canadian soldiers were killed in a roadside bombing in Afghanistan on Easter Sunday 2007.

“While we were able to recover remains of some of our fallen, it is important to note that we have not identified these remains and it is unknown at this time whether we have found everyone,” Baines said during a news conference in Halifax.

The recovered remains are expected to be returned to Canada over the weekend and taken to Toronto for forensic identification.

Col. James Hawthorne, the commander of 12 Wing Shearwater, the Cyclone helicopter’s base, said that preliminary results of a safety investigation are only to be released “in the next couple of weeks.” He declined to comment on details of what’s been found to date.

However, Baines clarified on Wednesday the investigators were seeking “some other avionics pieces … that may contain additional data that could be used in the flight safety investigation.”

He said the military decided not to raise some larger parts of the Cyclone because they were not considered important to the investigation and could damage the Remora drone involved in the recovery effort, given the wreckage is 3,143 metres under water.

“It should be noted that given the challenges associated with a recovery at this depth, we made the conscious decision to recover all discovered remains and only pieces of equipment that would be useful to the investigation,” Baines said.

There is no plan to return for the rest of the wreckage, he added.

Baines described a debris field that stretched over an area of 260 metres by 230 metres, with clustered groups of smaller pieces of the helicopter scattered across the ocean floor.

He said no portion of the main cabin, including the external cockpit structure, was left intact. The largest visible pieces were the rear deck ramp of the helicopter, the tail pilon and the tail rotor.

By Michael Tutton and Lee Berthiaume