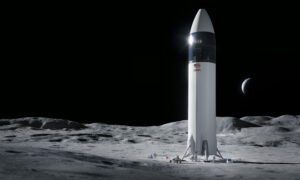 A new video taken by a drone shows a humpback whale off the coast of Hawaii that appears to be catching the wind with its tail stuck above the water.

The mother and her half had been near a sanctuary not far from the coast of Maui, and the footage was recorded by the Humpback Whale National Marine Sanctuary.

We think this could be another way for them to rest, nurse, or just try to stay cool.

Whales using their tails to capture “tail-wind” is actually fairly common among southern whales, but not often observed among humpbacks, according to scientists.

“We’re not entirely sure why the whales do this,” said Ed Lyman, resource protection specialist for Hawaiian Islands Humpback Whale National Marine Sanctuary. “But we think this could be another way for them to rest, nurse, or just try to stay cool. More observations will be needed to confirm this theory.”

The footage was taken as part of an experimental project to see how well small aircrafts could be deployed to observe whales. During the two week study, 15 humpback whales were observed.

More than half of the humpback whales in the northern Pacific swim to the Hawaiian sanctuary during whale season—which peaks in mid-February—to mate, give birth, and nurse their young.

Drones are an innovative way to observe whales up-close without the drawbacks of traditional methods, the scientists say.

“The typical boat-based close approaches needed to assess an entangled whale can be very challenging and dangerous,” Lyman said “Animals may become more evasive or aggressive.”