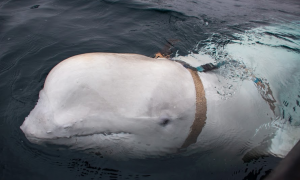 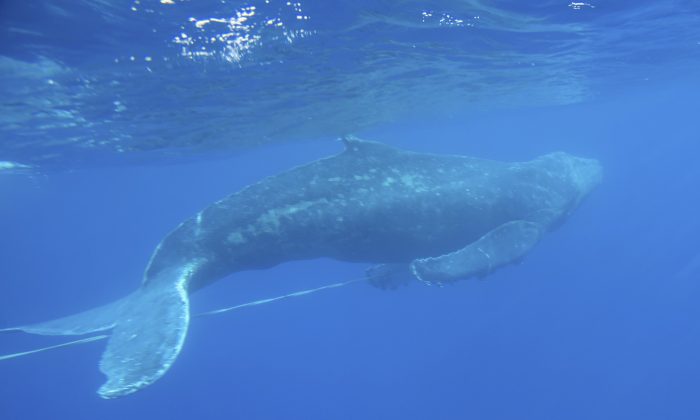 He captures whales, dolphins, and other marine life. According to Dolphin Safari, his website, Anderson launched his whale-watching tours in 1995.

“In 1995 Capt. Dave Anderson was living aboard his sailboat in Dana Point, California and bringing people out to see whales and dolphins for his business, ‘Capt. Dave’s Dolphin Safari’. When he told the other boaters what he saw out there, they were amazed. ‘That’s when it hit me,’ said Capt. Dave, ‘If they don’t know what is out there, then who does?’” according to his website.

Meanwhile, he mounted a camera to his boat to record what was down there.

“Beautiful, rare, and endangered blue whales have arrived in Dana Point, California. And for the first time, drone footage of blue whales is being made publicly available. Also, amazing first ever footage from the air of gray whale moms and babies playing in surf and kelp off Orange County. And lastly, watch a huge megapod of several thousand dolphins tightly concentrated and swimming next to our whale watching boat from the air,” Anderson wrote on YouTube.

Tours can be arranged via Anderson’s website, Dolphin Safari.

According to National Geographic, “Blue whales are the largest animals to have ever existed. Learn why they’re larger than any land animal and why they were hunted for years.”

“Blue whales reach these mind-boggling dimensions on a diet composed nearly exclusively of tiny shrimplike animals called krill. During certain times of the year, a single adult blue whale consumes about 4 tons of krill a day,” says National Geographic. “Blue whales are baleen whales, which means they have fringed plates of fingernail-like material, called baleen, attached to their upper jaws. The giant animals feed by first gulping an enormous mouthful of water, expanding the pleated skin on their throat and belly to take it in. Then the whale’s massive tongue forces the water out through the thin, overlapping baleen plates. Thousands of krill are left behind—and then swallowed.”