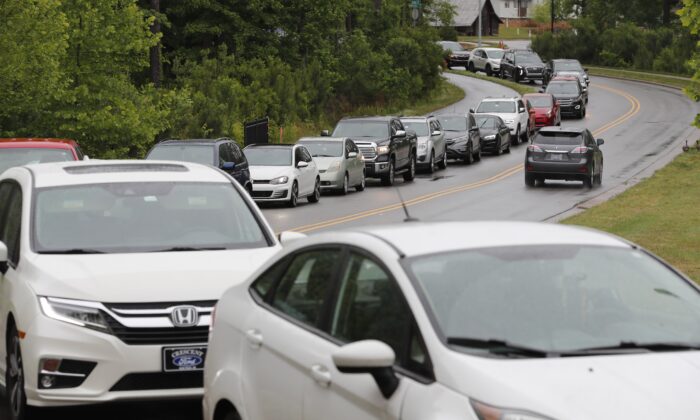 Driving Our Cars: A Blend of the Mundane and the Magnificent

It’s easy to forget how relatively recent the widespread use of automobiles is. The aunt and uncle who raised me were born when there were fewer than 200 miles of paved roads in the entire country. They lived through the revolutionary transformation that the automobile wrought, ushering in a new era of mobility and independence. Today, we Americans take driving our cars for granted.

We should pause to consider what an amazing invention the car has been. The monarchs of World War I would envy us. Think of how effortlessly you can cruise smoothly along highways at 75 mph, resting on sumptuously comfortable seats that can warm you up and remember your preferred seat settings. You can select the temperature of the passenger compartment, while having at your fingertips or voice command a wide variety of entertainment. You can listen to a book being read or the music of your choice. The kids in back can watch a favorite movie. You can ask your car to give you directions to your destination or tell it to send a text or place a phone call, and it will.

The technological magnificence of today’s cars is due to countless thousands—no, probably millions—of people, from the entrepreneurs who invented and pioneered the auto, to the gigantic corporations whose engineers and designers have steadily improved them. Over the decades, millions of individuals in an elaborate division of labor have helped to develop and build our cars. Indeed, diverse talents and specializations from around the world have made cars better. This is the positive aspect of economic globalization (not to be confused with political globalism, which doesn’t have a positive side).

I can recall a news report in the ’90s that the typical Ford included more computing power than NASA had had at its disposal when the first humans landed on the moon in 1969. The growth of computing power has greatly accelerated and compounded since then. Today’s cars are truly space-age marvels. Unfortunately, the incorporation of ever-more computer chips into automobiles has created a new vulnerability: If the complex international supply chain of computer chips is disrupted, fewer cars will be manufactured until the chip shortage is corrected.

A couple of months ago, a friend of mine, who was shopping around for a new car in anticipation of buying one late in the year after the 2022 models are released, heard whispers of chip shortages. When the super-tanker got stuck in the Suez Canal, he was galvanized into action and bought a new car on March 31. Good move! In the short time since then, news reports have surfaced about unhappy motorists paying higher prices for both new and used cars, and that many are having to wait weeks or months before they can take delivery. Today, we can’t take cars as much for granted as we used to.

Then another event occurred that we should ponder: Hackers succeeded in shutting down the Colonial pipeline. Here in South Carolina, for the first time in my life, I couldn’t find a gas station that had any gas. Since the tank was almost empty, I hunkered down at home for two days, feeling marooned. On the third day, I ventured out before dawn. Gratefully, the fourth gas station I went to had some.

For me, losing the use of my car for a couple of days was a minor inconvenience, although intensely sobering. My heart went out to all those who had appointments, long-distance driving plans, tight schedules, emergency needs for gas, etc. Truly, to contemplate what life would be like if our gasoline supplies were to be interrupted on a long-term basis is scary. Life in America just isn’t the same if our vehicle-derived independence of mobility is taken away. And this is where our public officials need better policies.

National security experts are already working overtime on how to defend against crippling hacker attacks. Meanwhile, we voters need to pressure our elected officials to abandon two counterproductive policies.

The first ill-advised policy is anti-price-gouging laws, which should be repealed. They exist because leftist politicians hate profits and economically ignorant citizens believe that laws proscribing high prices will help them. Let’s think this through: Why is it greedy for sellers to raise prices, but not greedy for buyers to want low prices? I pose that question because often it’s individual selfishness that causes social inconveniences.

For example, think of times you have been on a highway where construction is taking place, a lane is closed, and traffic is backed up due to a bottleneck. The bottleneck is formed when impatient drivers want to be first to get through the construction area, so they speed ahead in the lane that will soon be closed, hoping to squeeze in. But there isn’t always enough room to squeeze in immediately, forcing cars to momentarily stop. The next thing you know, other cars have stopped, and traffic quickly gets backed up. But if everyone would slow up, perhaps to two-thirds speed, and merge early instead of racing ahead to be first in line, the flow of traffic would keep flowing, although at a slower rate, instead of degenerating into a stop and go pattern.

So how does this lesson apply to fuel shortages? Just like the traffic bottleneck can be minimized if there weren’t so many drivers in a hurry, so gas shortages would be less likely to happen if so many motorists didn’t rush to buy all the gas they could. How do you encourage drivers to avoid topping up when they already have a half-tank, or not to fill their five-gallon storage tanks, or to buy, say, seven gallons instead of 17, or perhaps to wait a day or two to get gas? Simple: Raise the price.

Let the vendor sell gas for $5 or $10 per gallon. That would dampen demand for a few days until normal supply would be restored. However, the current laws banning “price gouging” keep the price from rising to adjust the imbalance between supply and demand. Thus, gas is over-consumed and some citizens who very much need it cannot access it. Instead of worrying whether some gas station owner makes a short-term windfall, our policymakers should think of drivers who don’t get to the station and are left high and dry—occasionally with very serious consequences. Those citizens have been made worse off by the law. Gas stations lowered their prices drastically in April 2020 when the pandemic reduced demand sharply, and nobody squawked, so why shouldn’t they be equally free to raise prices when demand sharply increases?

The other policy that seems so jarringly inappropriate (“stupid,” to be blunt) is for American government officials to act as hostilely toward motorists as foreign hackers did by shutting down American pipelines. President Joe Biden did it in January when he issued an executive order to halt construction of the Keystone XL pipeline. And Michigan Gov. Gretchen Whitmer—in the worst case of political tone-deafness and bad timing this year—last week threatened to confiscate the profits of Canadian company Enbridge, Inc. if the company doesn’t cease pumping gas through its existing pipeline through the Great Lakes.

The problem with Biden’s and Whitmer’s ideologically driven policies is that they show a total lack of concern for Americans’ lifestyle. I know they want us to shift to driving electric vehicles, but until that transition is far more developed, it’s imperative that American motorists have a reliable supply of the fuel that most of our cars use. Last week’s gas shortage was scary. We don’t need our own politicians exacerbating what foreign malefactors did to us.

On the surface, putting gas into our cars and driving around seems mundane. In actuality, it’s only possible because of the combined miracles of an extraordinarily complex division of labor and magnificent scientific and technological marvels. We should appreciate how wonderful this is and how good we’ve got it, and we should demand that our political leaders protect rather than thwart this crucial and empowering part of our daily lives.