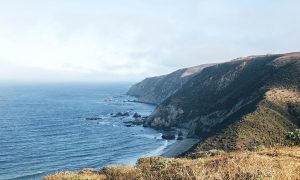 Plane Crash and Rescue Caught on Video by Two Pilots
0 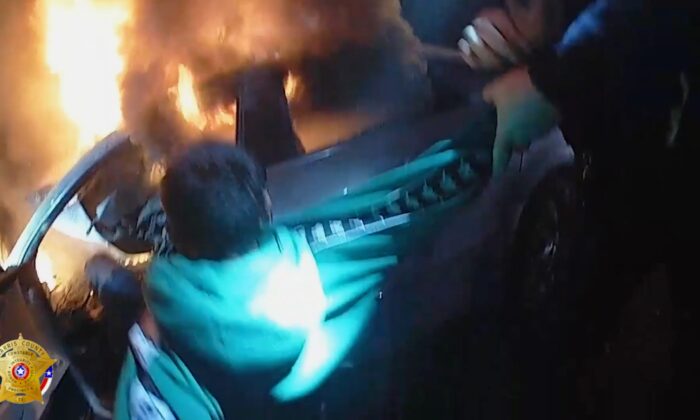 A 20-year-old became trapped in a burning car after he fell asleep at the wheel and crashed into a tree on Dec. 8, 2019. (The Harris County Constable’s Office)
US News

Texas police have published dramatic bodycam footage of the moment officers rescued a 20-year-old who became trapped in a burning car after he fell asleep at the wheel and crashed into a tree.

The Harris County Constable’s Office said Jonathan Morales-Fuentes’s foot became trapped in the damaged vehicle after he crashed shortly before 6 a.m. local time on Dec. 8, slamming into a tree and causing his car to burst into flames.

“I rolled down the window, but I was sleepy,” Morales-Fuentes recalled, telling KTRK the next thing he remembered was colliding with a tree.

Authorities said a sergeant who was on his way home managed, by chance, to get to the 20-year-old on time, when he spotted the blazing car and someone attempting to help Morales-Fuentes.

“I never took that road to go home before. I was going back to leave a report at the office,” said Sgt. Lance Anderson. “There were so many coincidences that morning.”

Anderson said he believes he was meant to save a life that day, adding that he immediately alerted other deputies who rushed to the scene with several fire extinguishers to control the blaze.

Bodycam footage released on the official Facebook page for the Harris County Constable’s Office shows the frantic efforts of deputies trying to rescue the 20-year-old. Several rescuers can be seen attempting to pry Morales-Fuentes free from the wreck while others battled the flames.

“We might have to break your leg, bro,” a deputy can be heard saying in the footage. “I’m sorry.”

While waiting for rescuers with the Houston Fire Department to arrive, deputies raced against time to free the man’s leg from the damaged dashboard before flames engulfed the entire vehicle.

“My leg! My leg!” the 20-year-old screams in pain at one point in the footage as deputies worked to pull him from the car.

A deputy can later be heard explaining that the driver’s pants were stuck, so he cut them to free Morales-Fuentes.

“We got him out just in time. So what happened was, his pants were stuck, I cut his pants and that’s what freed his leg out,” he explained.

“You are serving a purpose on this land, dude. God was with you tonight. You understand that?” a deputy told the Morales-Fuentes.

“You never know, until you find yourself in a situation like this, how you’ll react. The way they responded under extremely stressful and dangerous conditions makes me proud to wear the same Precinct 5 badge,” he said.

The man suffered several broken bones, including shattered eye sockets, a broken nose, as well as a torn shoulder, reported KTRK. He is currently at home recovering after undergoing multiple surgeries.