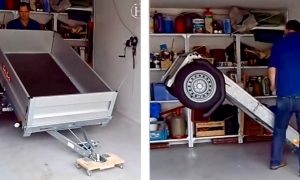 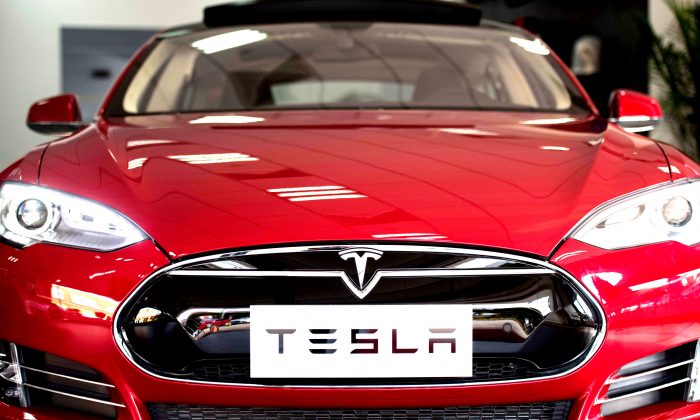 This picture taken on March 17, 2015 shows a Tesla Model S car on display at a showroom in Shanghai. (Johannes Eisele/AFP/Getty Images)
Auto Videos

A man is caught sleeping behind the wheel of a Tesla Model S, while the car’s Autopilot function apparently drives him through traffic.

A short video of the incident has been uploaded to Imgur since May 23. The car is supposed to start beeping, slowing down, turn on hazard lights, and stop if the driver takes their hands off the wheel.

A Reddit user, who said he drives a Model S himself, said it takes 7 to 10 minutes for the safety feature to kick in. Another commenter stated that it doesn’t work at all if the car drives slower than around 19 mph.

Some also suggested the driver may have found a way to fool the car into thinking he still had his hands on the wheel, as drivers have demonstrated in online videos with the Mercedes S Class auto-steering function.

Tesla’s autopilot feature only works on roads with a divider, like motorways, and also shouldn’t work in residential areas.