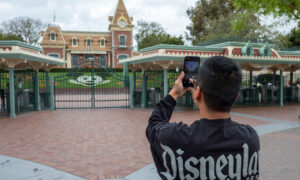 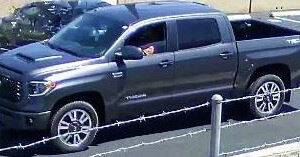 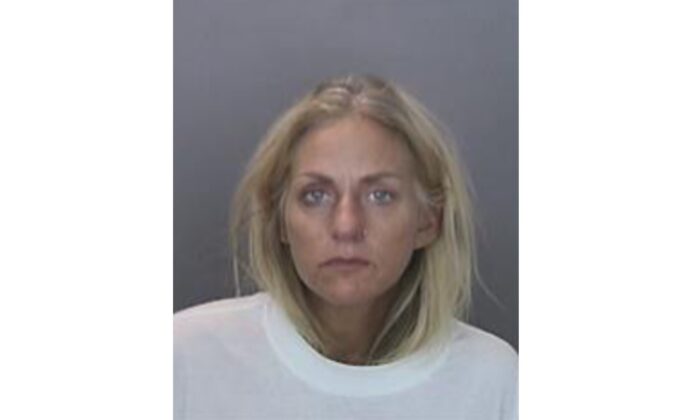 Suspect Courtney Pandolfi, who allegedly struck and killed a 23-year-old pregnant woman with her vehicle, is seen in a police photograph in Anaheim, Calif., on Aug. 11, 2020. (Courtesy of Anaheim Police Department)
Southern California

A 40-year-old Garden Grove woman has been booked on a murder charge after allegedly being impaired when her SUV struck and killed a 23-year-old pregnant woman in Anaheim, California, leaving the woman’s baby in critical condition, police said Aug. 12.

Yesenia Lisette Aguilar of Anaheim, who was 35 weeks pregnant, was walking on the sidewalk with her husband on Aug. 11 when a white Jeep jumped the curb and struck her, according to Sgt. Shane Carringer of the Anaheim Police Department.

The driver of the jeep, identified as Courtney Pandolfi, was booked Aug. 12 on suspicion of murder, DUI causing bodily injury, and driving on a suspended license, a police news release stated.

“Right now it’s suspected she was under the influence of drugs or prescription pills,” Carringer told The Epoch Times.

The collision occurred just after 7:30 p.m. Aug. 11 on Katella Avenue, near Bayless Street, according to Carringer.

Anaheim paramedics rushed the woman to the University of California-Irvine (UCI) Medical Center where a caesarean section was performed to deliver the baby, he said.

“The adult pedestrian, an Anaheim resident, was pronounced deceased at the hospital. The newborn baby girl was admitted in critical condition to UCI’s neonatal intensive care unit,” Carringer said.

“Due to patient privacy laws UCI Medical Center said they will not be releasing any more information on the baby,” he added.

Carringer said the husband was not injured.

Pandolfi was also taken to UCI Medical Center for treatment of minor injuries prior to her arrest on suspicion of vehicular manslaughter, DUI, and driving on a suspended license, Carringer said.

The suspect will likely be arraigned on Aug. 14, he said.