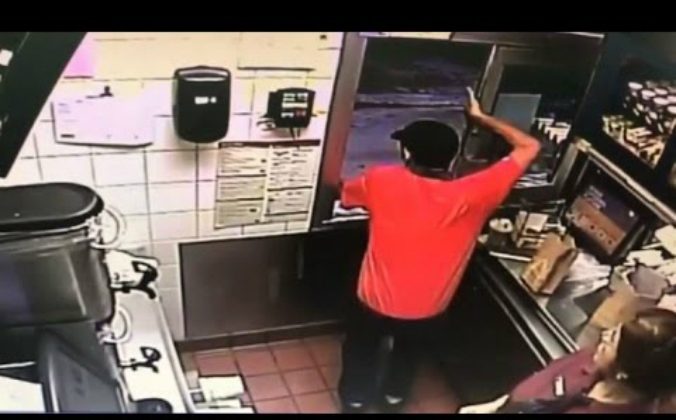 Pedro Viloria told Miami news stations the Miami-Dade County officer had her two children in her car Tuesday at a McDonald’s outlet. Viloria says she was struggling to breathe when he returned to the window with their breakfast. He says the officer became unconscious and her foot slipped off the brake.

Surveillance video shows the SUV rolling forward and Viloria jumping out his window to pull her from the vehicle. Viloria says he went into “hero mode” and had to help her.

Paramedics happened to be in the restaurant and helped revive the woman, who was hospitalized.