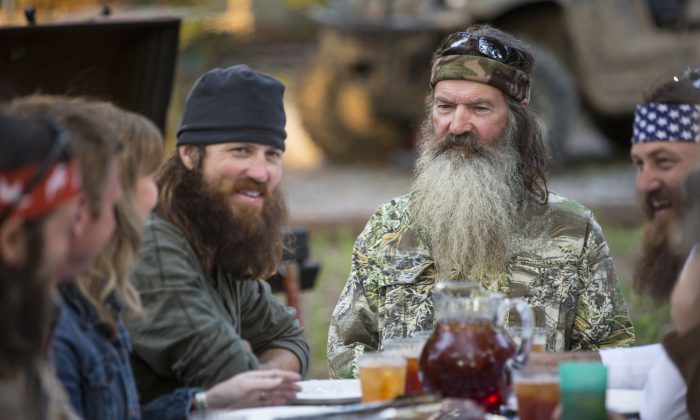 One of the shots went through the window of the home where John Luke Robertson lives with his wife, Mary Kate McEachern, and their baby, he told USA Today.

“We were pretty shook up,” Robertson told the newspaper on Sunday. “It looks like they were just spraying bullets across my property.”

Between eight and 10 shots were fired into his estate, he said. No arrests have been made.

Several witnesses saw a truck in which the suspects were riding pass by his property before shots were fired, he said.

“It was broad daylight,” Robertson said, adding that the gunfire erupted on April 24 at around 2:30 p.m.

The “Duck Dynasty” star added to USA Today that he suspects the assailants knew that they were shooting at his property. “I’m 100% certain, but I don’t know why,” he said.

A number of his family members are staying at his property during the CCP (Chinese Communist Party) virus crisis, he added.

“Nobody was outside at the time, but everybody had been out about 5 minutes before,” Robertson said. “I had just gone to the store when it happened.”

The local sheriff’s office is investigating the matter, according to the paper.

“I’ve been in close contact with the investigators,” Robertson said. “It seems local to me, but I can’t be sure.”

The truck in question is described white and brown Ford F-250 pickup truck with large aftermarket tires and rims, according to TMZ. The driver is described as a white male in his 20s.