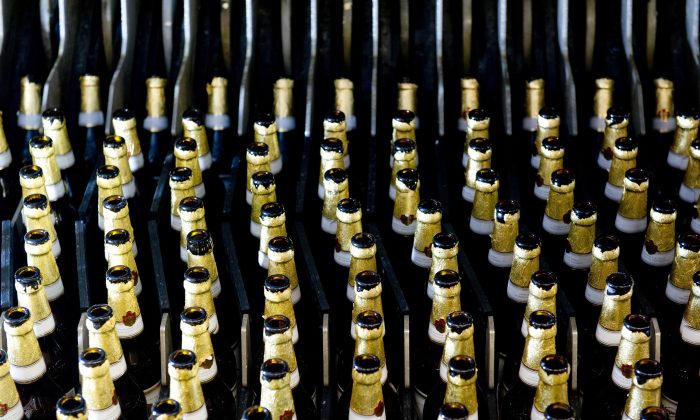 Drinking Age 25 Hoax Persists: Legal Age Not Changing from 21 to 25 This August; No Country has a Minimum Age of 25

The drinking age has not been raised to 25, starting August 2, but social media websites are still abuzz over a fake article from more than a month ago.

The bogus article was published on NipsysNews, and it reads: “As of August 2, 2014 legal age to drink wil be 25. There has been controversy whether 21 is too young to make decisions. Alot of citizens state at that age they are not mentally responsible to drink. So the legislation at the White House has come to an agreement to have legal age changed to 25,”

However, when one waits a couple of seconds, another message appears, saying: “Don’t worry, you are not the only one. [9 million people already fell for this. If you liked the joke, you can share it and trick your friends. Also you can create a joke of your own clicking the button below!”

On Twitter and other social media websites, users were asking if the drinking age had actually been raised.

“My sister said she read an article where the drinking age was being changed to 25 this month. Bout died brb,” one person wrote on Twitter Monday.

Said another, “Im glad they changed the legal drinking age to 25. Its about time.”

Added another: “Legal drinking age 25 soon, so that’s move up the time you got to move out ya parents house by society’s terms now. Technically I’m on pace.”

“They really raised the drinking age to 25,” added another.

Tweeted one user, “The government better not change the drinking age to 25.”

There’s nowhere in the world where the minimum drinking age has been set to 25, although alcohol is banned in several countries, including Saudi Arabia, Yemen, Afghanistan, Kuwait, and a few other places. However, the enforcement of alcohol in some places is lax.

Most other countries where drinking is legal have a minimum age of 18.

Along with the U.S., Indonesia, Kazakhstan, Oman, Pakistan, Palau, and Sri Lanka have a minimum drinking age of 21.

On the other end of the spectrum, a number of European countries have a minimum drinking age of 16.