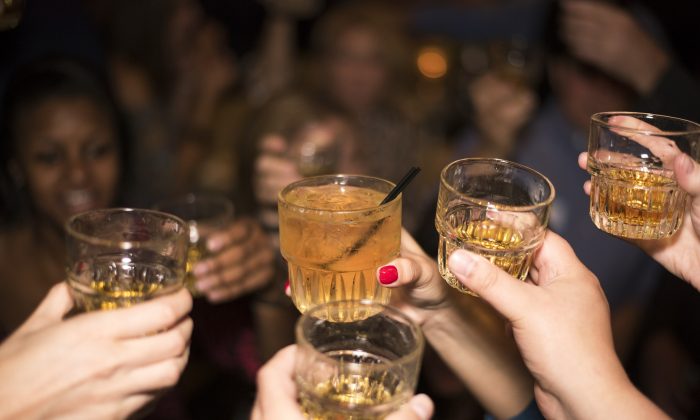 Have you ever had your drink spiked? (Public Domain)
New York

More than one in 13 college students said somebody spiked their drink or that they suspected so, according to a sizable survey at three campuses.

Moreover, one in 15 said such an incident happened to them during past semester.

A research article on the survey sheds light on a phenomenon that has been described both as being on the rise and as an urban legend in scientific literature, the authors say.

They say the problem is more than an urban legend—83 participants reported they drugged somebody or knew somebody who did.

Among those who believed to be victims of drugging:

When asked why they thought they were drugged, top answer for men was to “have fun” or “be funny,” while for women it was “sex” or “sexual assault.”

“The guy who [drugged me] was an exchange student at a house party some friends took me to,” a female survey participant said.

“Afterward, they took me to another friend’s house to ‘recover’ since I was not in shape to go back to the dorm. They put me in his bed to sleep it off and I later woke up without any clothes. They told me that both incidents were my fault, leading me to stop talking to them.”

A male survey respondent said: “I have drank many times before, but it has never had this kind of effect, especially since I did not drink an excessive amount . . . the guys who may have been responsible made comments about giving me a ‘present’ while we were taking shots.”

The study authors acknowledged they had no way of telling if the people who said they were drugged actually were. Sometimes people may have misjudged how much they drank or didn’t realize the effects of combining alcohol with prescription drugs.

One of the participants described the experience:

The article on the survey was published in the journal Psychology of Violence of the American Psychological Association.

10 Tips on How to Avoid Having Your Drink Spiked