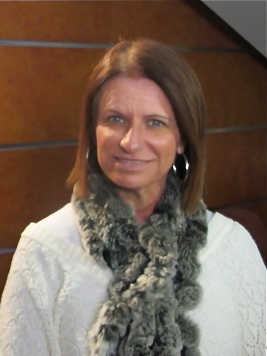 SYDNEY—Drama teacher Jane Simmons enjoyed not only the technical skill of the Shen Yun Performing Arts dancers, but also the stories their movements told.

Speaking after Sunday’s matinee performance at Sydney’s Capitol Theatre on April 29, Ms. Simmons said she liked the dance pieces that tell tragic stories of modern China, such as the ruling regime’s persecution of the spiritual group Falun Dafa.

“I think I like when there’s more narrative,” Ms. Simmons said, “so when they’re actually telling a story about the persecution and you are seeing those relationships build, actually that’s what I find really moving.”

Ms Simmons is a well known speaker in Drama Teacher’s conferences around the world, including in Argentina, France and Italy. She has also been a regular judge in events by Sydney Theatresports.

Shen Yun Performing Arts New York Company had just completed its fourth show in Sydney as part of its 2012 world tour. Shen Yun aims to revive 5,000 years of Chinese culture, predominantly through classical Chinese dance, which is one of the world’s most comprehensive and difficult dance systems.

But despite performing modern themes, most of the pieces are based on China’s extensive history, including the dances of various dynasties, folk dances from numerous ethnic groups in China, and bringing to life ancient myths and legends.

Cutting edge graphic design technology is used to create digital backdrops that move and interact with the performers.

“The show is really lovely,” Ms. Simmons said. “I loved the chorus work and the synchronicity of the dancers and the fluidity of movement is beautiful.

“The ability to integrate the animation and graphics in with the gorgeous music and movement is really lovely to watch.”