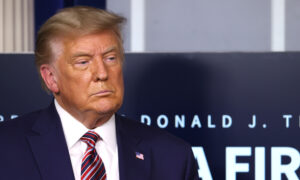 Drama May End for One Coney Island Shop

NEW YORK—When news broke on Wednesday that the city was finally buying 6.9 acres of prime Coney Island real estate for $95.6 million, Dianna Carlin quickly wrote a letter to the city asking for her shop on the boardwalk back. Shortly thereafter, she got a call telling her she could move back in.

“I won’t believe it until I actually sign the papers,” said a cautious Carlin. But if it turns out to be true, she said, “I will be extremely happy.”

Carlin’s shop, Lola Staar Souvenir Boutique, was closed down in 2006 by property owners Thor Equities only to be opened again later that year. It was then closed again in January 2009. Carlin attributes the eradicate behavior by Thor to her outspoken activism against the company’s corporate plans for Coney Island.
“No one else was kicked out, just me,” she said.

Thor’s plans had been opposed less vocally by many Coney Island businesses and denizens, who thought the plans would take away the unique spirit of Coney Island. Meanwhile, Thor’s stalemate with the city has left much of Coney Island’s commercial property closed or torn down.

Many have favored city ownership because it means most local businesses will ultimately get to stay intact. The city also plans to create a new 12.5-acre outdoor amusement park, which it is accepting proposals for.

Mayor Michael Bloomberg said on Thursday, "Over the last four decades, the amusement district has dwindled to just three acres, but we're now reversing that trend.”

Some New Yorkers have criticized the city for not buying all of the land, since parts of it remain owned by Thor Equities.

“The area zoned for outdoor amusements remains way too small. It remains hemmed in by what could be an indoor entertainment retail mall. And, the whole thing remains blocked off by a series of high rise hotels that really don't belong there," said Juan Rivero of the group Save Coney Island, according to NY1 News.

But Carlin, who has had her shop for nine years, is happy for the city’s purchase.

“It is a step in the right direction, who knows maybe the city will buy all the land later,” she said.

Asked to describe what she likes so much about Coney Island, she said, “There’s a saying here that ‘once you get the sand in your shoes you’re hooked.’ Well I got some sand in my shoes … there’s a magnetism and a magic that just draws people to it.”