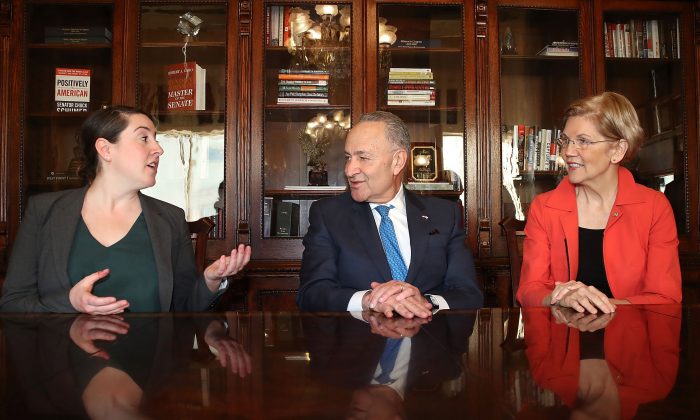 Leandra English, the deputy director of the Consumer Financial Protection Bureau (CFPB), has dropped her lawsuit seeking to become director of the bureau and announced her resignation. This ends a seven-month drama that began when then-Director Richard Cordray resigned in November 2017 in order to run for governor of Ohio.

Before his resignation, Cordray appointed English, who had served as his chief of staff, as deputy director. She and Cordray then claimed she was the executive rightfully in charge of the bureau.

The nonprofit Cause of Action Institute obtained emails from inside the CFPB through a Freedom of Information Act request that showed Cordray planning to install English, an idea he got from two left-wing websites that argued that it was unconstitutional for President Donald Trump to appoint the head of the agency.

If Cordray had succeeded he would have made the CFPB an agency that was independent of the chief executive, something unprecedented in the U.S. government.

The CFPB was set up under the Dodd-Frank Act as independent of Congress for funding, drawing funds as needed on its own initiative from the Federal Reserve—an arrangement that has been criticized as unconstitutional. Its director is appointed for a five-year term, meant to insulate him or her from pressure from any particular president. Cordray’s gambit would have created a bureau that appointed its own head.

However, Trump immediately appointed Mick Mulvaney, director of the Office of Management and Budget, as acting director. English took her claim to be acting director to the federal courts.

A district court ruled against her, and when a three-judge Appeals Court panel heard her appeal in April, they sounded distinctly unwilling to overrule Trump’s authority to appoint the head of the agency. The court has not ruled on her case.

On June 16, Trump announced his nomination of Kathy Kraninger, Mulvaney’s aide at the OMB, as the new director of the CFPB.