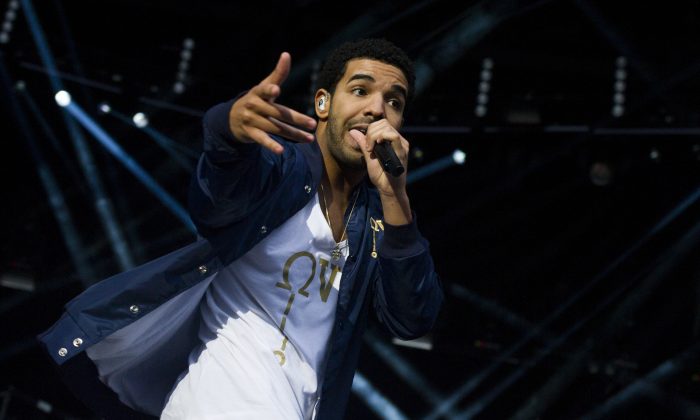 In this Sept. 2, 2012 file photo, Drake performs at the "Made In America" music festival, in Philadelphia. (Charles Sykes/Invision/AP)
Entertainment

False rumors on Twitter are saying that Drake, the rapper and singer, died.

A number of users were tweeting “RIP Drake.”

It’s unclear where the rumor originated.

No mainstream media organizations have reported on his death.

Drake recently said that Jay-Z’s references to art in his songs are problematic.

“It’s like Hov can’t drop bars these days without at least four art references,” Drake told Rolling Stone. ”I would love to collect [art] at some point, but I think the whole Rap/art world thing is getting kind of corny.”

Jay-Z released a new song “We Made It,” which pans Drake’s criticism.