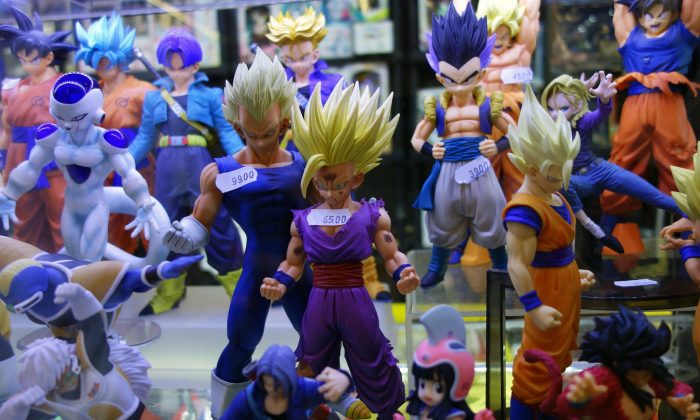 Japanese voice actress Hiromi Tsuru was found dead in her car in Tokyo on Thursday Nov. 16.

The 57-year-old was found unconscious inside her stopped car on the Shuto Expressway with her seat belt fastened and the hazard lights on, Yomiuri TV reported.

She was rushed to hospital but was later pronounced dead.

The cause of death has been reported as aortic dissection, a serious condition where the large blood vessel branching off the heart tears, and blood surges through the tear. Symptoms can include severe pain in the chest, shortness of breath, and loss of consciousness.

Her agent, Aoni Production, confirmed that the voice actress died while driving around 7:30 p.m. on Thursday, Oricon News reported. There will be a private funeral service.

Tsuru is best known for playing the voice of Bulma in “Dragon Ball” and the character Dokin-chan in the cartoon “Anpanman.”

UNFORTUNATELY, CONFIRMED.
It is with great regret that we report the death of the voice actor Tsuru Hiromi, known by the voice of Dokin chan, Anpanman, and Bulma, Dragon Ball. pic.twitter.com/kQPn05Xi1H

RIP Hiromi Tsuru, voice of Bulma, Dokin Chan, Ukyo and many others pic.twitter.com/0TTmzVx54Q

Voice actor Nakao Ryusei, who worked alongside Tsuru, told Oricon News, “It’s so sudden, I’m shocked. I have worked with Dokin-chan for 30 years. I didn’t expect this and I don’t know what to say.”

“When I heard the car had hazard lights on I thought that was really like her. Whatever happened she did everything properly and minimized disturbance to others. I really felt her consideration.”

She added, “Batako liked Dokin-chan because of her character. We are always together.”

In a similar driving incident in February 2016, a man lost control of his car, killing two people and injuring 11 others in Umeda, Osaka, J-cast News reported. The driver’s cause of death was later reported as aortic dissection, according to the news website.

One Twitter user was particularly moved and wrote, “In many cases the illness causes terrible pain, but she still put on the hazard lights, and reduced her speed. I am in tears thinking about it. Thank you very much.”

Tributes for the famed actress continue to pour out on social media.

So sad to hear about the passing of Hiromi Tsuru. Even though we’ve never met, I’ve always felt a connection to her in the booth. She was an amazing actress and I was lucky to get to work off of her performance. I’m heartbroken. I will truly miss hearing her voice. ?

Today Hiromi Tsuru, the voice of Bulma from the Dragon Ball franchise, has passed away at the age of 57.

She will be greatly missed. pic.twitter.com/HVirlWaUBy