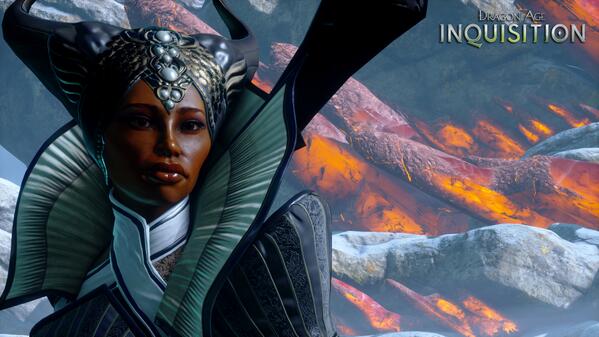 Dragon Age 3 Inquisition to be Shown Off at E3 2014; New Follower Revealed

Dragon Age Inquisition is going to be in play at upcoming Electronic Entertainment Expo on June 10, 11, and 12 at the Los Angeles Convention Center.

Mark Darrah, executive producer of the game, told his followers on Twitter that he’s started looking at what he and his team will show at the expo.

“There is a lot of game to sort through,” he said.

Dragon Age also revealed one of the followers that players will meet in Inquisition, Vivienne.

It said that players will learn more about her next week.

The next generation action RPG is slated to come out in fall 2014.

Its one of the latest games from BioWare, which makes Mass Effect 3 and Dragon Age: Origins.

It uses the spectacular Frostbite 3 engine to bring to life a vast and varied open world including ice-capped mountains, twisted marshes, and scorching deserts, according to the developers.

Players will choose and lead a group of characters into challenging battles.

There will be nine characters to choose from.

Players can also create custom characters from multiple races and select their appearance, powers, and abilities as the game progresses.