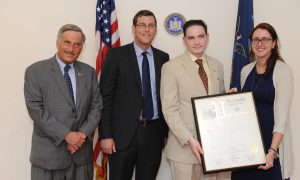 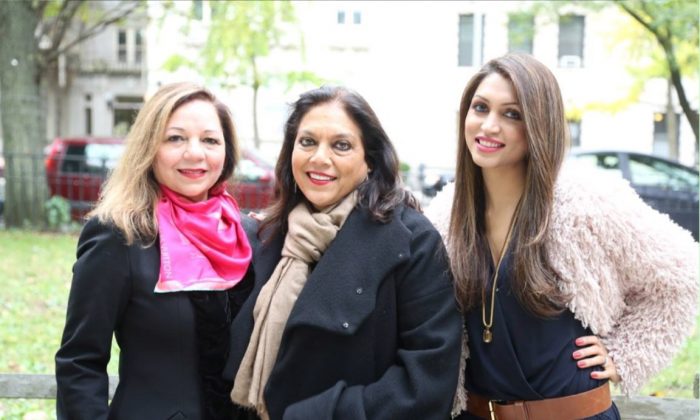 Dr. Rashmee Sharma: A Woman on a Mission

Dr. Rashmee Sharma knows better than most that life comes filled with the unexpected. In 1986 her future seemed already to be laid out in a straight, neat, comfortable line. She was already widely known throughout her native country of India as an award-winning poet, journalist, editor, and television personality, and her picture-perfect private life revolved around her husband, an officer in the Indian Army, and their two young children. Tragically on Aug. 25 of the same year that all changed with her husband’s death from a sudden heart attack.

“It was a very sad time for me and my children,” Sharma told me in a recent interview. “I had already achieved recognition and fame, but I had lost the man I loved, and my children were now living without a father.”

Wanting to provide her children with a new environment and a new start in their young lives, Sharma in 1989 moved with them to Seattle. There she taught American literature at Washington State University while simultaneously pursuing a doctoral degree in that same subject. She also began to resume her career in journalism, serving as the northwestern American correspondent for several prestigious American and international news organizations.

“For the first time since I lost my husband,” Sharma recalled, “I possessed a sense of comfort and tranquility. My children had adjusted wonderfully to life in America. I loved teaching, enjoyed my doctoral studies and was thrilled to restart my career as a journalist. I possessed the feeling that my life was back on a steady, uncomplicated, and predictable course.”

Sharma, however, explained why that feeling and outlook turned out to be ephemeral. “There was something very troubling that I had tried to keep out of my mind for a while because I did not have the energy at first to confront it,” she told me. “While my students, mostly white and American-born, knew my background and were always extremely respectful and very kind to me, I nevertheless found that I often would overhear more than a few of them make pejorative comments about South Asians, suggesting that we are no more than cabdrivers and attendants at gas stations.

“Of the large number of South Asians living in Seattle and across America,” Sharma continued, “there are in fact a good number who perform those necessary, productive, and very honorable jobs, which enable them to provide well for their families. However, they represent only a small percentage of the South-Asian-American community, which is one of the most diverse and successful ethnic groups in America.

“With my platform as a writer and an educator, I knew I had a new important and challenging mission in my life. It would be to combat these stereotypes and inform my students, the American public, and the entire world of the great contributions that our community has made to the world.”

But just as she was to begin on this mission Sharma had an unexpected realization. “As I started to make plans about how to present the accomplishments of our community to the public, I started to become aware that I myself did not possess a thorough knowledge about these accomplishments,” she stated. “I found this embarrassing. But I was told by some friends of other ethnic groups, including my Jewish, Italian, Latino, Irish, and African-American peers, that they themselves were not as informed of the accomplishments and successes of people of their own cultures as they should be.”

This exploration led Sharma, during the 1990s, to take some time off from the university and travel across America. Returning to her roots as a writer, she interviewed and wrote feature stories on more than 100 well-known South-Asian-Americans, including doctor and television guest and host Deepak Chopra, national columnist and CNN anchor Fareed Zakaria, and then secretary of the Louisiana Department of Health, and later governor and possible 2016 Republican presidential contender, Bobby Jindal.

“It was an incredible time for me,” Sharma stated. “I got the pleasure to meet, and the honor to write about, people I had known before only through the television set. Seeing the success of these people from my nation of origin made me proud to be a South Asian, and equally proud to now live in a country that allows and in fact encourages people of all backgrounds to achieve such great success.”

Sharma’s own success with these feature stories evolved into a new endeavor in 2005. “From the many positive responses I was receiving from my readers and editors I wanted to begin a new project. … I decided to write a book containing the inspirational stories of many of the hundreds of South Asian Indian leaders from all walks of life I had met and interviewed in the past.”

Sharma explained what motivated her to write a second book. “There were,” she said, “about 50 people not covered in the original book that I wanted my readers to learn about, including, most notably, Governor Nikki Haley [of South Carolina, elected 2010 and re-elected in 2014]. … And Canada, a country with a South Asian presence as early as the 18th century, has many prominent South Asians living there who I wanted my readers to get to know.” Those Canadians Sharma profiled in the book include film director Deepa Mehta, film producer Ajay Virmani, and real estate developer Bob Dhillon.

There was soon to be a third book, “Global and Emerging Leaders,” which Sharma began working on in 2013. As she was studying the backgrounds and accomplishments of prospective subjects for this new book, which is mainly about leaders in the world of business and the arts, Sharma found herself focusing on one biography in particular, that of a woman named Mani Kamboj.

“As I read through Mani’s biography,” Sharma recalled, “I became incredibly impressed by her accomplishments. In 2000, at 23, still only two years after she came to America from India, she founded a software company, which had by 2013 grown to be one of the most well known and respected in the world. She was also heavily involved in the Indian and American film industry as a producer and investor. And still she found time to sit on several nonprofit child education and woman’s rights organizations.

“Yet, what impressed me most about her was that she was balancing her work with her responsibilities as a wife to an extremely successful husband and as a mother of a young child. I couldn’t wait to meet her for our interview.”

It was a meeting that would soon prove to have a major impact upon them, both personally and professionally. “There was a project, actually a next natural step in my work, I had been thinking about for a while and when Mani and I met and became friends just about immediately and almost instinctively, I realized she would be the perfect person to team up with.”

That next step will be a major one. Two years after they first met, Sharma and Kamboj, now Sharma’s partner in the new business they called Roshni Media Group, will be launching on May 29 at the Pierre Hotel in New York an awards ceremony honoring many of the same people she profiled in her three books. Among those expected to attend and be honored that night are South Carolina Gov. Nikki Haley, film director Mira Nair, and author Salman Rushdie.

Sharma told me she is counting the days until May 29. “It was a great challenge to get this started. Now I just can’t wait for the big day when I will be reacquainted with the leaders who have been inspirational to me and my readers and have made the world a better place in so many ways for so many people.”