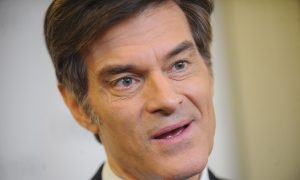 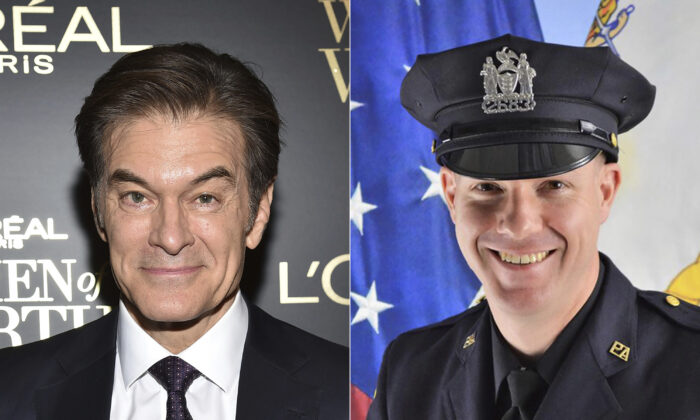 NEWARK, N.J.—When a traveler became stricken at Newark Liberty International Airport, the police got an assist from a celebrity doctor: Mehmet Oz.

Croissant called for backup, and began performing CPR immediately on the unidentified man, who wasn’t breathing and didn’t appear to have a pulse, according to the Port Authority.

When another person came over to help, Croissant didn’t immediately recognize it was Oz, the cardiac surgeon and longtime host of TV’s “Dr. Oz Show,” who happened to be nearby.

The two performed CPR together on the man until three other officers brought oxygen and a defibrillator for the man, who eventually regained a pulse and was taken to a hospital for evaluation.

“What better help than to have a cardiac surgeon?” Croissant said afterward.

Oz told “Good Morning America” that his daughter alerted him to the man and that when he turned to look, he saw the man lying on the ground with a pool of blood next to his head.

The defibrillator “diagnosed that his heart had stopped, as I had thought was the case when I couldn’t get a pulse,” Oz said. “It told us to step away. And you’ve seen those movies where the patient gets shocked and they jerk off the ground? That’s exactly what happened. Usually, the heart doesn’t start again … in this case, like the movies, his heart started.”

Oz has come to the aid of injured people on numerous occasions.

In 2015, emergency responders arriving at the scene of a crash on the New Jersey Turnpike found Oz was already treating two injured people. And two years earlier, he helped a British tourist whose foot was severed when a cabbie jumped the curb at Rockefeller Center in midtown Manhattan.