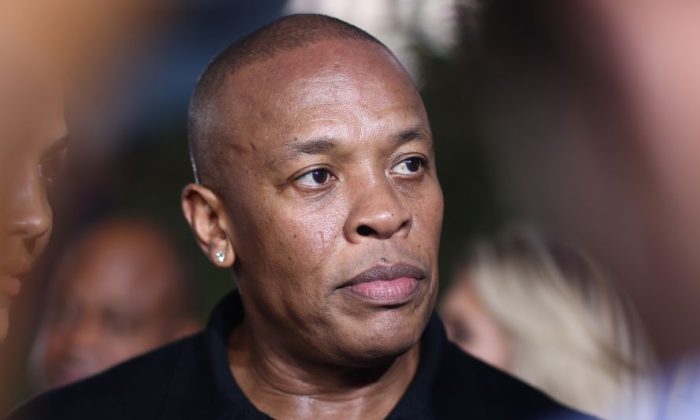 FILE - In this Aug. 10, 2015, file photo, Dr. Dre arrives at the Los Angeles premiere of "Straight Outta Compton." Dr. Dre has been cited after the Los Angeles County Sheriff's Department says a man told them Dre pointed a handgun at him outside of his Malibu, California, home. (Photo by John Salangsang/Invision/AP, File)
News

Dr. Dre Cited on Gun Charge After Encounter Outside Home

MALIBU, Calif. — Dr. Dre has been cited after a man says the rapper pointed a handgun at him.

The Los Angeles County Sheriff’s Department says the man told them he was parked outside a Malibu, California, home when Dre ordered him to leave and showed a gun.

Dre, whose real name is Andre Young, told sheriff’s deputies he didn’t have a gun and that the man was blocking his driveway. He says the man moved his car but parked nearby. He says the man drove off after Dre recorded video of him.

Dre was briefly handcuffed while deputies investigated. No weapon was found at the scene, but deputies say the man initiated a citizen’s arrest for misdemeanor brandishing a firearm.

A representative for Dre didn’t immediately return a request for comment.

According to entertainment news website TMZ, a source said the man told Dre: “Here we go again, another black guy with a gun.”

Now, the Los Angeles Sheriff’s Department will forward the case to the local district attorney, who will decide whether there’s a case.

Photos posted by TMZ appear to show officers at Dre’s home, with the rapper and producer in handcuffs. However, he wasn’t physically arrested by deputies.

The Los Angeles Times reported that Dre was cooperative and consented to a search.

Shootout in Orlando Forces People to Run for Cover

“Due to the nature of the call, the person was searched, handcuffed, and briefly detained in a patrol car while deputies investigated the incident,” Sheriff’s Capt. Chris Reed told the Times.