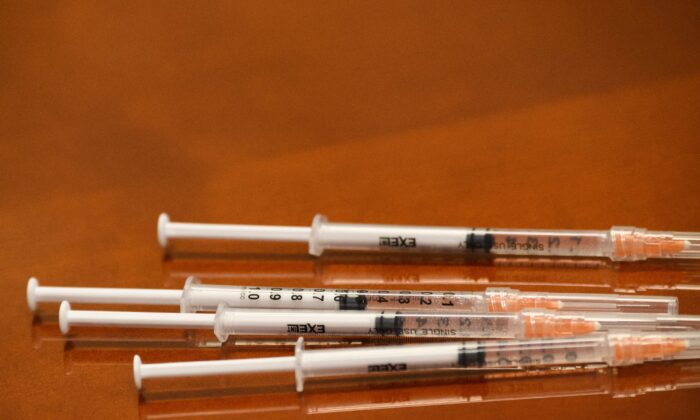 SANTA CLARA, Calif.—Dozens of Santa Clara County employees are suing their county for its allegedly unlawful vaccine mandate and are seeking an immediate injunction.

Unify Santa Clara County, or UnifySCC, filed an application for a temporary restraining order and preliminary injunction against the county on March 3 for depriving them of their jobs during the COVID-19 pandemic.

UnifySCC consists of members whose religious beliefs prevent them from taking the COVID-19 vaccine or booster.

“Santa Clara County James Williams and Sara Cody violated their First Amendment rights by not providing them religious accommodations and instead relegating them to unpaid leave for not taking the COVID-19 vaccine and booster, even though they offered reasonable accommodations to similarly situated employees for medical reasons,” Mariah Gondeiro, attorney from Advocates for Faith & Freedom, told NTD Television.

Gondeiro said that most of them are healthcare workers and some had to sell their house because they don’t have an income.

In January, one healthcare worker told NTD she had to move to Texas to find work because she was not updated on when she could return to work. Later, she learned that her leave is extended until March 31.

“Before we received the boot, they were making us test twice a week to make sure that we were negative since they were so afraid of us,” said healthcare worker Sierra Shyvers.

After winter break, the state’s health department began to allow health care professionals to keep working after testing positive for COVID-19 if they don’t show symptoms, to address staffing shortages in the healthcare industry.

“Now they are having vaccinated positive employees come to work to spread the disease, and yet we can’t come to work, proving that we’re negative time and time again, week after week, so it just doesn’t make any sense,” Shyvers said.

After the temporary restraining order was filed, the judge expedited the hearing date to March 10 at the San Jose Courthouse. A decision is expected to be made then, in which case the plaintiffs will know whether their jobs will be restored.

UnifySCC is also seeking damages, including lost wages, against the county.