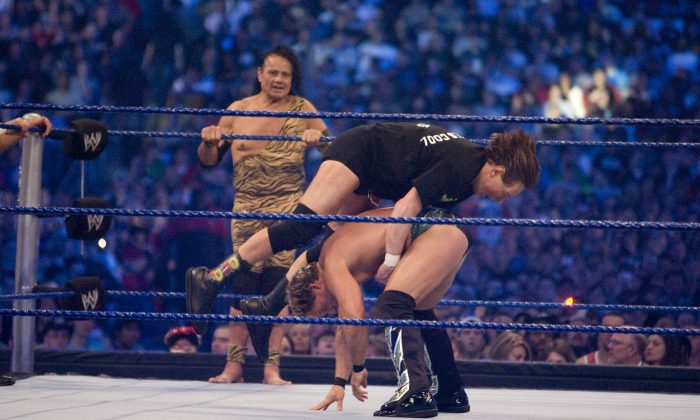 Retired wrestlers and referees have sued World Wrestling Entertainment Inc (WWE) for damages over neurological injuries they said they sustained through the sport.

The complaint was filed on July 18 at the federal court in New Haven, Connecticut, on behalf of more than 50 wrestlers and some former referees who performed with WWE or its predecessors since the 1970s.

Joseph Laurinaitis, 55, known as “Road Warrior Animal;” Jimmy Snuka,72, known as “Superfly;” Paul Orndorff, 66, known as “Mr. Wonderful,” and many others claim to suffer from Chronic Traumatic Encephalopathy (CTE), a degenerative brain disease, and other neurological injuries. Currently, CTE can only be diagnosed after death as it requires brain tissue examination.

“WWE placed corporate gain over its wrestlers’ health, safety, and financial security, choosing to leave the plaintiffs severely injured and with no recourse to treat their damaged minds and bodies,” said the complaint.

The wrestlers said the moves that cause CTE and associated diseases from repeated traumatic brain injuries (TBI) were performed correctly.

“In other words, the head trauma that has resulted in injury is the accumulated effect of many impacts to the Plaintiffs’ heads that occurred on a regular, routine basis during their WWE career.”

The WWE responded with a statement (via Bloomberg) saying, “This is another ridiculous attempt by the same attorney who has previously filed class-action lawsuits against WWE, both of which have been dismissed. A federal judge has already found that this lawyer made patently false allegations about WWE, and this is more of the same.”

Sports that Cause the Most Concussions | HealthGrove

The plaintiffs are looking for compensatory and punitive damages, as well as improved medical monitoring. However, WWE said it is confident the case will be dismissed.