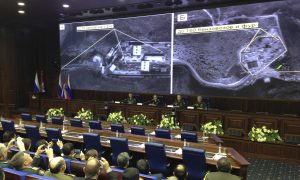 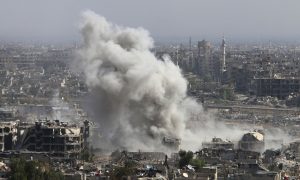 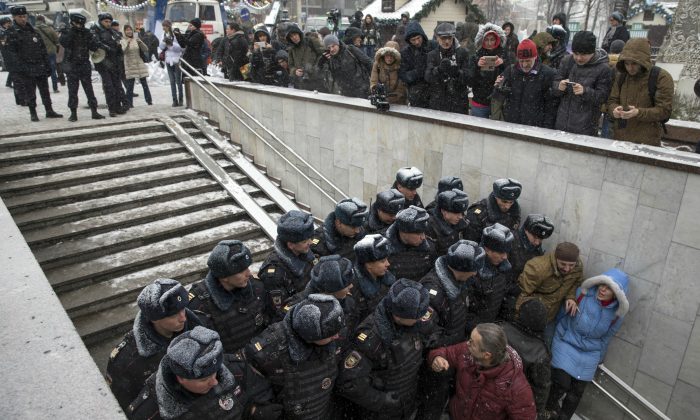 Police officers block the way to prevent people attending an opposition rally in Pushkin Square in Moscow, Russia, Saturday, Dec. 12, 2015. Police report that over a dozen participants in an opposition rally held in support of the Russian constitution were detained. The Day of the Constitution is marked on Dec. 12 in Russia. (AP Photo/Pavel Golovkin)
Europe

MOSCOW—Russian police have detained dozens of opposition activists who tried to hold a demonstration in central Moscow on Constitution Day.

The opposition Yabloko party had announced plans to distribute a pamphlet outlining the rights guaranteed under the Russian Constitution and how it believes they are systematically being violated in the country now.

Yabloko leader Sergei Mitrokhin was among those detained Sunday on Pushkin Square. He posted a photograph on Twitter of about a dozen activists in a police station, with one of them holding a sign reading: “Respect our Constitution.”

News reports said 33 people were detained. It was unclear whether any would be held overnight.

The Russian Constitution was adopted in 1993 under Boris Yeltsin, the first president of Russia after the 1991 fall of the Soviet Union.