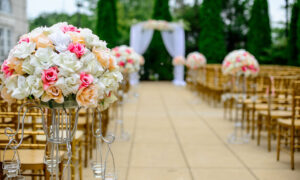 Police seized music equipment including sound systems and speakers at an illegal rave in Steyning, England, on June 27, 2021. (PA)
UK

Dozens Arrested as 2,000 Gather at Illegal Rave in Southeast England

Dozens of Britons have been arrested following an illegal rave attended by up to 2,000 people at a national park in southeast England.

Sussex Police were met with “significant hostility” when they shut down the unlicensed music event in Steyning, West Sussex, on Sunday.

More than 50 people have been arrested on suspicion of offences including drink and drug driving, possession of drugs, and theft, and have been taken into custody.

It is expected this figure will increase, making it “one of the largest unplanned operations Sussex Police has experienced in recent years,” the police said in a statement.

Under current COVID-19 restrictions in England, gatherings must not exceed 30 people unless covered by a legal exemption. Police can issue fines of up to £10,000 to those who breach this rule.

Footage posted to social media on Sunday shows large crowds dancing in a remote field in front of speakers pumping out music.

Police later seized a “large volume” of music equipment, including sound systems and speakers, and eight individuals were identified as the organisers of the unlicensed event and arrested.

An officer was assaulted while attempting to detain an individual resisting arrest, Sussex Police said.

A police community support officer was also being treated for a suspected broken arm after a motorist attempting to flee the scene collided with a police vehicle during the large-scale operation.

Sussex Police last night warned of disruption to the road network owing to a large number of badly parked vehicles, with locals urged to avoid the area.

Farmer James Wright, who is also a Horsham district councillor, yesterday said the illegal rave had led to “terrified cattle with young calves,” and that the unlicensed event had resulted in “a lot of mess and heartache” for those nearby.

Wright wrote on Twitter, “Those who attended might think they’ve had the best of times but genuine damage and distress has been caused to those that live and farm here.”

Comedian John O’Sullivan, who lives in nearby Horsham, explained how everyone “scattered” from the illicit event when police arrived on Sunday.

He said: “There were about 1,000 people when we [were] there. The music got turned off by police and they surrounded the sound system.”

“People were left confused at what to do. They were slumped in cars, in the grass. They did pick up the rubbish, though not all, but lots of people [were] making effort to pick it up.”

Detective Superintendent Juliet Parker said in a statement: “Due to the mindless actions of a large number of people, the majority of whom have travelled from out of county, the community of Steyning has experienced significant disruption.”

“With a situation of this size, our utmost priority must be the safety of the public as well as our officers and emergency services colleagues at the scene,” she added.

‘These individuals have demonstrated a complete disregard for the local community, the heritage of the area and the existing COVID-19 regulations.”

“We will continue to robustly investigate this illegal activity, seeking to further arrest and prosecute wherever possible.”