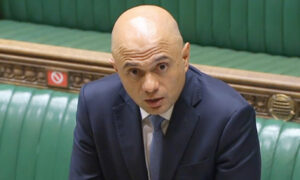 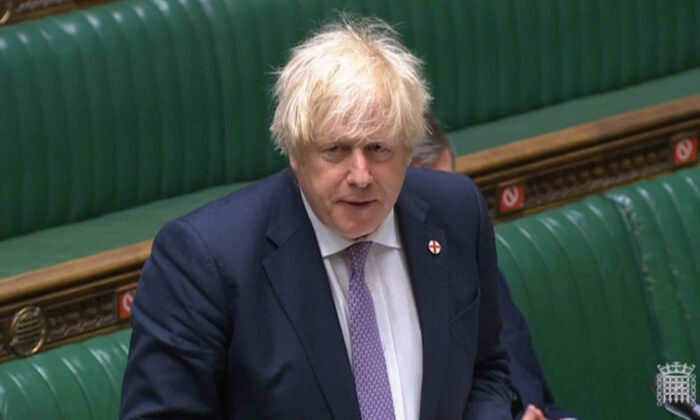 Downing Street said it is “crucial” that people self-isolate when they are “pinged” as a contact by the NHS COVID-19 app, in an apparent effort to steer its messaging back on track.

It follows a minister’s comment earlier that says the decision is up to individuals and their employers.

All legal restrictions in England to curb the spread of the CCP (Chinese Communist Party) virus have been lifted on Monday, with the exception of self-isolation for people that test positive for COVID-19 and those who come into close contact with someone testing positive.

The contacts would either be contacted by NHS Test and Trace or getting a notification on the NHS COVID-19 app.

A spokeswoman from Prime Minister Boris Johnson’s office said on Tuesday that isolation “remains the most important action people can take to stop the spread of the virus.”

“Given the risk of having and spreading the virus when people have been in contact with someone with COVID, it is crucial people isolate when they are told to do so, either by NHS Test and Trace or by the NHS COVID app,” she said.

Earlier on Tuesday, business minister Paul Scully told Times Radio that it’s not a legal requirement to self-isolate when pinged by the app.

“It’s important to understand the rules. You have to legally isolate if you are contacted by Test and Trace, or if you’re trying to claim isolation payments,” Scully said.

“The app is there to allow you to make informed decisions. And I think by backing out of mandating a lot of things, we’re encouraging people to really get the data in their own hands to be able to make decisions on what’s best for them, whether they’re an employer or an employee.”

Asked whether people should self-isolate if “pinged,” he said: “We want to encourage people to still use the app to be able to do the right thing … but obviously it’s up to individuals and employers.”

Investment minister Lord Gerry Grimstone has also reportedly told an employer that the NHS COVID app is only an “advisory tool” that doesn’t put people under “legal duty” to self-isolate, according to Steven Swinford, political editor at The Times of London.

Professor Sir Jonathan Montgomery, who chaired the ethics advisory board for NHSX on its contact tracing app, told Times Radio the government needed to give clearer guidance to people about what to do when told to self-isolate.

“When we had no protection the risk was the same for everybody. If that risk is now reduced because someone is double-vaccinated, it feels as though we need more sophisticated advice,” Montgomery said.

“If we are visiting an elderly relative or a cancer patient then take the ping seriously, but if you are doing something relatively COVID-friendly, then maybe make a different decision.”

Shadow health minister Justin Madders said the government is “making it up as they go along.”

“Ministers mix messages, change approach, and water down proposals when the public and businesses need clarity and certainty,” Madders said.

Self-isolation for contacts will be scrapped for children and the double jabbed from Aug. 16. The government also announced on Monday that some front-line health and care staff and “critical” workers in England may be exempt from the self-isolation rules after a London metro line suspended its operation due to key staff self-isolating.

The prime minister and Chancellor of the Exchequer Rishi Sunak are currently self-isolating after they were pinged by the app as close contacts of Health Secretary Sajid Javid, who tested positive for COVID-19 on Saturday.

Johnson and Sunak initially planned to participate in a pilot programme, which would permit them to take daily tests instead of self-isolating but ditched the plan after a furious political backlash.