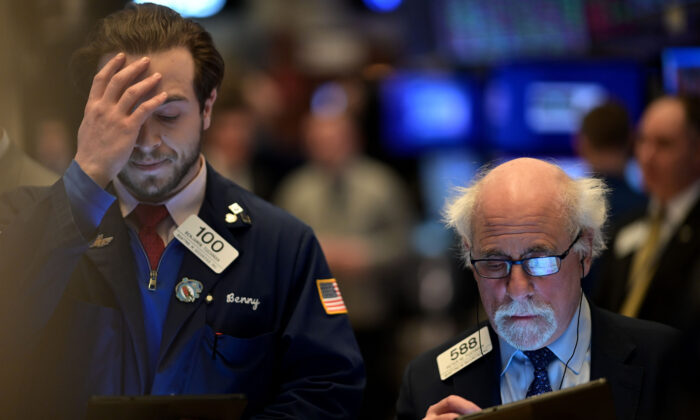 The seemingly unstoppable march of the deadly pathogen has finally reached Wall Street—at least for today. The Dow Jones Industrial Average saw over a 3 percent sell off Monday and yields rose as investors fled to the relative safety of bonds, with news of the widening expansion of the COVID-19 virus into Europe.

If there’s good news about the virus, such as a report of falling infection rates or the development of a vaccine, this adjustment will likely be short-lived. If not, and we hear more bad news, it will likely continue. At some point, the market may rebound as capital rushes in looking for yield in a pretty low-yielding—or even negative yielding—bond market.

It all depends on the fear index.

But this market adjustment wasn’t unexpected—or at least, it shouldn’t have been. In fact, given the rapid spread of the disease and the conflicting information about its source and infection rate, the markets could have understandably corrected sooner. Perhaps the unreliable information about the disease was the reason for the market’s delayed reaction in the first place.

In either case, the potential economic damage from what’s quickly becoming a global pandemic is considerable. With images of empty store shelves in Italy, riots in Ukraine, and borders closing in various parts of the world, the reality of just how bad the fallout from the outbreak could be is finally being recognized by the markets.

The market responds to fear, of course, by selling. The greater the fear, the greater the selloff. That’s why the market’s battle is much more with the pandemic headlines that instill fear than, say, falling profits, which are coming as well. The fear index is rising.

The dynamic of this pandemic is simple but powerful. As ground zero of the COVID-19 outbreak, China’s economy is struggling to get back on track. With millions of people still not returning to work, some factories are falling behind in their production schedules.

That may well be the understatement of the year. Many workers, fearful of contracting the easily transmissible disease, are choosing to stay home. But if workers don’t show up at the factory, their families go without. It’s a difficult dilemma for everybody.

Factory owners face the dilemma of meeting production goals with potentially infected workers, or to remain closed. They can’t function without labor. Hence, the massive slowdown in China.

Of course, this slowdown is impacting the supply chains of businesses around the world. As a result, major market leaders are announcing slowdowns as well. Japanese automaker Nissan, for example, has closed its factory in Kyushu due to lack of parts coming from its Chinese supplier. Apple has closed some of its Chinese stores and announced that the company will not meet expected quarterly revenue targets.

But the slowdown is much wider than simply those firms with China-dependent production. Key global technology industry conferences around the world are being cancelled. The Mobile World Conference in Barcelona and RSA, cybersecurity’s biggest annual conference scheduled to be held in San Francisco this year, have both been canceled for this year. That in itself means a business slowdown.

But it’s not a decision the conference sponsors wanted to make. The problem is that companies are cancelling their plans to attend these big conferences. That’s not only a loss of revenue for the host cities, but also for the companies that would normally attend, because many business deals that result in many millions of dollars in revenues begin at such conferences.

That loss of business will, of course, have a ripple effect, resulting in less productivity and a decline in earnings in many other parts of the economy.

Will the Fed Do More?

If the markets continue to decline, however, the Federal Reserve may decide to cut interest rates or increase its quantitative easing programs, or both. It could even go further to support the stock markets by directly purchasing shares, but only as a last resort.

That would likely only delay the inevitable deflationary pressure, not eliminate it. Eventually, the market will correct, and adding more liquidity to an already inflated market will likely make the correction worse.

But it’s not all doom and gloom. For one thing, many have viewed the markets as being too liquidity driven, which is undoubtedly the case. Too much capital chasing too few opportunities drives up asset prices. That dynamic has resulted in a lot of froth in market. It may be healthy for the markets to have a correction, or two or three, over a period of time, rather than a single, panic-driven crash.

For another thing, free market capitalism responds to challenges by finding solutions to them. That means that there are great opportunities in the markets, too, not just risk. The market will handsomely reward any company for finding a vaccine for COVID-19.

Recently, for example, large pharmaceutical companies such as Pfizer, GlaxoSmithKline, and others have quickly become the focus of investors. But others have seen their share prices spike dramatically upward. Inovio and Novavax saw price gains of 34 percent and 87 percent in January, respectively, while Vir Biotechnology’s share price more than doubled. And Gilead has already announced clinical trials for a vaccine.

Other market opportunities may emerge as well. Medical supplies that are made domestically, for example, may do well if the contagion persists. With a persistent and growing shortage of masks, and other related items in China and other impacted areas, the opportunity is there.

Of course, if the situation continues to worsen, if the pandemic continues to spread to the point where many millions or tens of millions are losing their lives, then the market will be the least of our worries. That’s not prediction; just an acknowledgment that we’re not always as in control of our world as we presume to think we are.