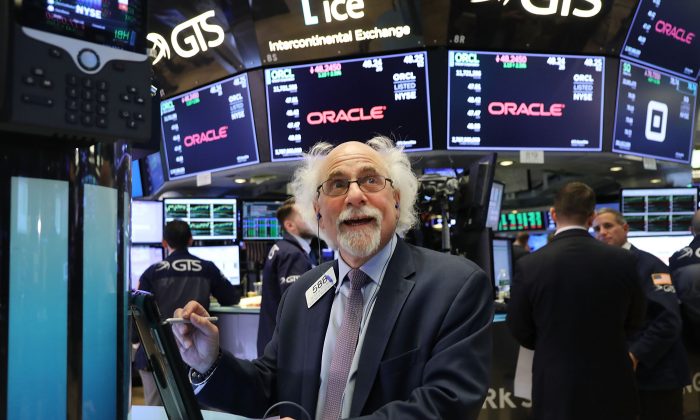 The Dow Jones Industrial Average index just reached a milestone valuation 28,000. That’s a pretty big deal in the investing world. It’s never, ever happened. Consider that on November 9, 2009, as the country was struggling to emerge from the Great Recession, the Dow gained two percent and closed at 10,226.9. It has almost tripled since then.

What gives? Don’t trade wars, presidential impeachments and record national debt levels matter to investors? The answer is, “they do and they should,” but not always. Much to the chagrin of the mainstream press which loves to focus on the negatives, it greatly depends on other external factors.

That’s why Wall Street, with all its wisdom and insight into nation’s economic and political machinations, thinks the trade war with China, the possibility of impeaching the president and the national debt—three really big potential impediments to a healthy economy—don’t really matter that much after all. Much of the rest of the country doesn’t think so, either.

They have a point. By many measures, the economy is doing phenomenal; better than it ever has. That’s an undeniable fact. Not only is it performing at record levels, but it’s leaving most of the world’s competition in the dust. This reality is reflected in the stock market. To paraphrase Mark Twain, “the news of the American economy’s descent into recession has been greatly exaggerated.”

That’s not to say these very fundamental problems won’t negatively impact the American economy. They certainly will but at an uncertain date in the future. Not right now.

Look at the trade war with China. Conventional wisdom peddlers in the media warned us consumer prices would go up from the tariffs imposed on Chinese goods. That hasn’t happened. In some cases, China is eating the costs of tariffs. In others, fewer goods are coming from China. Nonetheless, U.S. wages and employment are both up.

Why? China has determined that eating some of the costs is worth it as long as it keeps its people busy working in the factories. Making less money is preferable to facing millions of unemployed people getting busy doing other things, such as rioting in the streets of Beijing. So far, so good.

As for the impeachment inquiry and all the political theatrics surrounding it, at this point, the country isn’t that impressed with it all. Maybe it’s because the American people are too busy working or shopping, or both. That’s what happens when there is record-low unemployment. When more people are making more money, they feel better about the economy and their future. When they feel good about life, they spend more, invest in stocks, and voila! The Dow hits 28,000.

And the national debt? It’s recently passed the $23 trillion mark. That’s an extraordinary figure. In fact, it’s inconceivable for any human being to really grasp its magnitude.

Investors Ignore What They Can’t Fix

And that’s the answer as to why it doesn’t matter to investors. The vast majority of Americans don’t have the intellectual bandwidth, much less the time or inclination, to dwell on such an obtuse topic and unapproachable number. Even those that do are fools to worry about it because they can’t do anything about it.

Let’s face it, everybody understands that too much debt gets you into trouble. But when it comes to the Federal Government, there’s a disconnect. How many trillions of dollars of debt is too much? How many years of warnings and debt ceilings and other red flags has the American public endured?

And where has it all led? To more of the same.

At some point, people just want to live their lives. Federal Reserve and other policies seem to be intangible factors, and really don’t touch them unless things are going badly. In that instance, though most likely they still don’t understand it, it gives them something to yell about. But things aren’t going badly. That’s probably the biggest factor of all.

What’s more, our national debt is projected to reach almost $34 trillion by 2029. And then what? Will the rest of the world refuse to use dollars? Maybe. But maybe not.

What would they use instead? Chinese yuan? Japanese yen? Euros? Rubles? The answer is probably “none of the above.”

And no, the Chinese yuan isn’t an alternative when one considers the monstrous debt they’re hiding—somewhere in the neighborhood of several tens of trillions of dollars’ worth and growing—with only about half the economic output, if that, of the United States.

The Chinese economy is contracting, China’s abuses economic partners and has a legal system antagonistic to foreigners. It’s difficult to see how the world would suddenly fall in love with the yuan.

That’s not a flippant response. Rather, it simply reflects the fact that at the moment, there’s no valid substitute in the world for the U.S. economy and the U.S. dollar. Sure, various economists have argued that some version of a “global currency” will emerge to replace the dollar. Maybe it will someday, but we haven’t seen it yet.

In the meantime, despite the undeniable risk that the president could possibly be removed from office, the trade war could hit the country hard sometime in the future and a U.S. debt crisis could trigger a financial catastrophe, none of this seems to bother Wall Street. Hence, as Trump continues to “Make America Great Again,” we keep seeing the markets hit new record highs.

Does that make sense?

Actually, it does in a very logical, if not fatalistic, way. Is the Trump economy that great? Yes, it is; but it’s not without flaws and risks.

The Real World Is Different From Theory

There are, however, a few key points to understand. One is that not all flaws, even potentially fatal ones, have immediate consequences. Second, there is no other country in the world like the United States.

Much of the world, not just the United States, has a vested interest in America’s continued hegemonic successes in global economic and military leadership. Economic and market distortions through monetary policy and entrenched political and economic interests both here and abroad can delay, divert and diminish the consequences of bad policies for a significant amount of time, given enough support and the lack of an alternative.

And lastly, those who rely on the correctness of theoretical constructs and ignore how the real world works are usually disappointed. Complexity and exigency trump theories and economic models every time. Essentially, to be right too early is to be wrong.