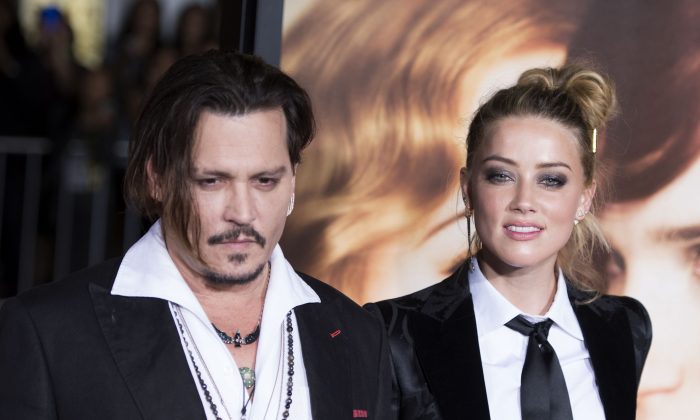 Comedian Doug Stanhope has come out swinging in defense of Johnny Depp, accusing Amber Heard of having “blackmailed” Depp over the terms of the divorce, threatening to “lie about him publicly in any and every possible duplicitous way.”

Stanhope said that he and his wife had known Depp for a few years, and that they were at his house on the Saturday before the alleged domestic assault on Heard, where they saw a gloomy Depp.

“We assumed initially that his dour mood was because of his mother’s death the day before,” Stanhope wrote in The Wrap. “But he opened up in the most vulnerable of ways that it was not only his mother, but that Amber was now going to leave him, threatening to lie about him publicly in any and every possible duplicitous way if he didn’t agree to her terms.”

Heard has asked for $50,000 per month in spousal support, as well as access to their downtown L.A. home.

Stanhope said that he had witnessed Heard manipulate Depp for years, but never said a word.

“He hadn’t slept in days with anxiety. You’d call him a paranoid if you didn’t know better,” Stanhope wrote. “Everything Johnny had told us that she’d been threatening had actually come to be. It blew up in the news, raced through the Internet like a plague.”

Representatives for Depp have denied the allegations, and said that Heard is faking abuse to obtain an advantageous financial agreement in the divorce, where potentially hundreds of millions of Depp’s assets are at stake.