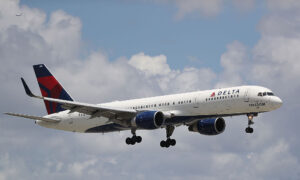 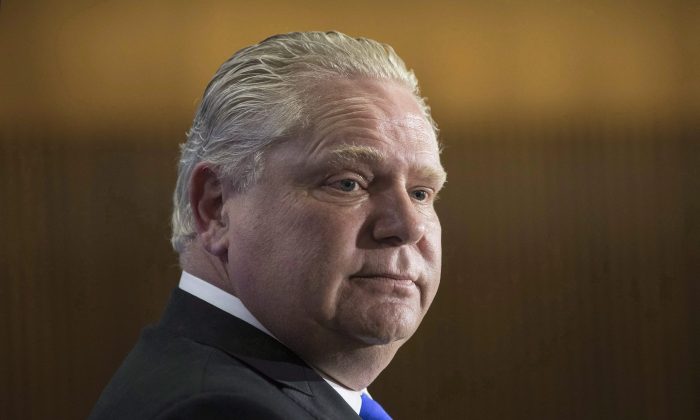 TORONTO—Ontario’s Progressive Conservatives promised on April 18 to cut the provincial corporate income tax if they win the spring election, saying the move would stimulate job growth and boost the economy.

Newly minted Tory Leader Doug Ford said his party would cut the rate from the current 11.5 percent to 10.5 percent.

“We’re going to create the environment to make sure this province is the most prosperous province anywhere in Canada,” he said. “We’ll make sure we have the most competitive region in North America to do business.”

The pledge came shortly after Moody’s downgraded its outlook on Ontario’s finances to “negative” from “stable” following the release of the Liberal government’s budget, which featured a $6.7-billion deficit in 2018–2019, followed by five consecutive multibillion-dollar deficits.

“While this budget may not be implemented post-election, in Moody’s opinion it highlights growing spending pressure that will need to be addressed in the near future,” the Moody’s forecast said.

If the current trend continues, the agency said, Ontario’s interest expenses could “consume” 9 percent of government revenues by 2020–2021.

“An increasing interest expense is expected to further challenge the budget planning of the province,” the forecast said.

We’ll make sure we have the most competitive region in North America to do business.
— Doug Ford, Ontario PC leader

Ontario is leading economic growth in Canada, she said, and unemployment is the lowest it’s been in 20 years.

“Not everyone’s feeling the benefit of that,” Wynne said. “And so my responsibility is to look at that and say, ‘OK what is it that people need at this moment?’ And what we hear from people around the province is that investment in them is what’s needed.”

Ontario heads to the polls on June 7.