Health Minister Needs to Be More Thoughtful When Commenting on China, Says Expert
0 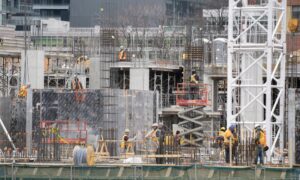 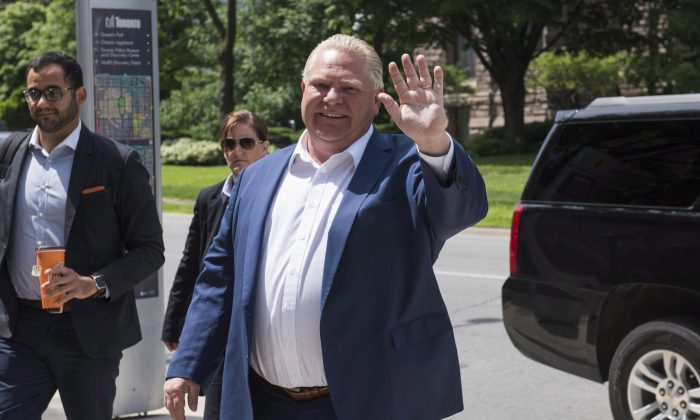 Ontario premier-designate Doug Ford arrives at Queen’s Park in Toronto for a meeting with his transition team on June 10, 2018. (The Canadian Press/Marta Iwanek)
Canada

Doug Ford’s election on June 7 represents a sea-change on Ontario’s political landscape. And if the trouncing Kathleen Wynne’s Liberals took at the polls is any indication, Ontarians are more than ready to embrace change.

“I think it’s fair to say that most conservatives, and that would include myself, are looking forward to an Ontario PC government that is going to hopefully redefine 15 years of ineffective Liberal government,” says columnist and political commentator Michael Taube.

“Though it still remains to be seen what happens, I would certainly say I’m optimistic at this point.”

Taube notes, however, that he doesn’t believe Ford is a strong social conservative, as some of his critics have said, nor is he a “hardline right-winger.”

“I don’t think you’re going to see this radical change that people purport is going to happen, because if you look at Doug Ford specifically, he isn’t a radical whatsoever.”

During the campaign, Ford’s long list of promises included lowering tax rates in several areas and balancing the budget without laying off any public service employees—although he failed to offer a fully costed platform on how all this would be achieved, leading to criticism on whether he could deliver.

“My belief is that once he gets to government, looks at all the books, determines where the deficit is at and can move forward, I think we’ll see something very quickly,” Taube says.

“One of his big things is obviously to lower taxes for all Ontarians. That’s part of the core message, say, of Ford Nation. … So I think that lowering taxes and reducing the size of government and reducing the bureaucracy are all going to be very important things.”

Ford created a fuss during the campaign when he said he would use legislation to remove the CEO and board of Hydro One. Under the Liberals, electricity prices for residents skyrocketed—something a recent Fraser Institute study blamed on poor energy policy choices, including Ontario’s Green Energy Act.

Ford also said he’d cut hydro bills by 12 percent, return all Hydro One dividends to Ontario families, and use “retroactive legislation” to ensure executives and board members don’t receive large payouts if removed from their positions.

“I think that dealing with Hydro One is going to be a very high priority,” says Taube. “It’s not going to be as easy as he says it is to remove that board all at once and start fresh on the first day of the job, but I believe he does remain committed to ensure that taxpayer dollars are used wisely when he looks at Hydro One.”

Ford could run up against a lot of opposition when it comes to his promises on climate change and education. On the climate change file, he has vowed to scrap the cap-and-trade system and the Green Energy Act and oppose the minimum price on carbon emissions mandated by the federal government—already being challenged by the governments of Saskatchewan and Manitoba.

In education, Ford plans to axe Wynne’s controversial sex-education curriculum and replace it with one that is age-appropriate “and only after real consultation with parents occurs.” He also plans to get rid of discovery-based math and replace it with “proven methods of teaching,” and expand the mandate of the Higher Education Quality Council of Ontario to enable violations of free speech to be evaluated.

“I think that a lot of [Ontarians] probably recognize that the process of building the actual sex-ed curriculum was not perfect,” says Taube. “It was very imperfect, and for that reason I think that Doug Ford can make a lot of people happy by simply re-opening the process, letting people have their say.”

Ford is currently working with his transition team and will take over as premier on June 29, marking the first time in 15 years that Ontario has had a Progressive Conservative government.