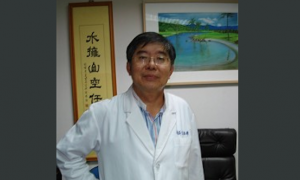 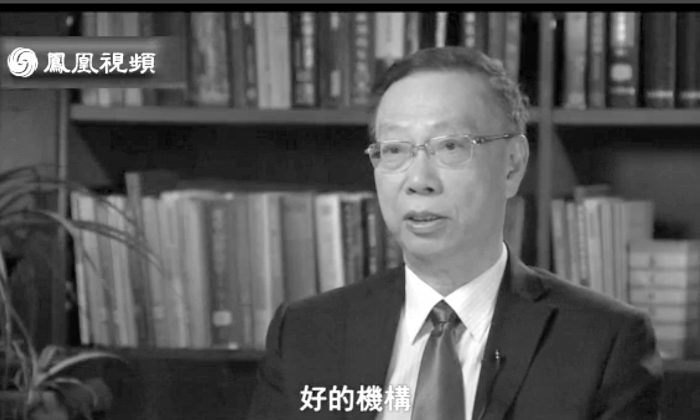 Huang Jiefu speaks to Phoenix Television in an interview published on Jan. 11. Huang is attempting to gain international acceptance for China's transplant system, which is widely seen as abusive, without changing it. (ifeng.net)
China

“What everyone wants to know about your announcement is the extent of its limitation of prisoner organs,” asked the host of China Central Television, China’s flagship propaganda television station, of Huang Jiefu, the country’s top transplantation official, in an attitude of faux-earnestness.

In December, Huang had made a remarkable announcement: that organs from death row prisoners would, as of Jan. 1, 2015, no longer be used in the country’s transplantation system.

Huang’s response was clear: “When we did that announcement, it was a requirement that the 169 hospitals with transplant centers in China follow the rule of law. That is to say, from January 1, 2015, those 169 hospitals are no longer allowed to use organs from prisoners.”

Huang said precisely that in another interview, with the Hong Kong-based Phoenix Television. Both interviews appeared on Jan. 11.

“We definitely don’t want to use this term, death row-prisoner donations,” he said, in response to a question seeking to clarify if there would be any circumstances under which death row prisoners donate their organs.

“We must rely on voluntary citizen donations as our source of organs, that’s the only way we can talk about being part of a transparent and ethical world,” he added.

But China’s transplant regime will have continued difficulties adapting to a “transparent and ethical world,” as Huang put it, because of the next line he spoke in the Phoenix Television interview.

“I’m not saying we’re against death row donations,” Huang said. “If a death row prisoner truly finds their conscience then that won’t necessarily be precluded, but it must be a citizen donation system, through the Red Cross, through the online computer system giving fair and just allocation—only that is transparent, and there also won’t be economic transactions as part of it.”

This remarkable demonstration of doublespeak, however, makes sense given the circumstances that Huang is operating within, according to David Matas, a lawyer who has written extensively about the abuses of China’s organ transplant system.

“He’s playing to a number of different audiences,” Matas said. “First there is the international medical community; then there are the bureaucratic challenges inside the Chinese transplant system over which government agency controls the organ trade; and finally, the fact that he can’t say what’s going on with the killing of prisoners of conscience.”

He’s playing to a number of different audiences.
— David Matas, lawyer and researcher of organ transplant abuse
Matas co-authored Bloody Harvest, a report, which concluded that over 40,000 practitioners of Falun Gong, a traditional spiritual practice that has been persecuted in China since 1999, were executed for their organs in the years 2000–2006.

These tensions Huang faces, and the opposing goals they posit, leads to their reconciliation with “double speak, or triple speak,” Matas said.

Huang Jiefu has a previously demonstrated problem with keeping his stories straight. In the recent interview with Phoenix Television, Huang said, in recounting tough questioning he received from students at Hong Kong University earlier this year, that he has only performed the extraction of an organ from a prisoner on one occasion. “I didn’t go after the first time. I’m a doctor. The moral baseline for a doctor is to respect life,” he said.

But in a March 2013 interview with Guangzhou Daily, Huang said: “Last year, I did over 500 liver transplant operations.” His own words indicate that the vast majority of these were from executed prisoners. (It is unlikely that he personally did the 500 he referred to, according to transplant surgeons who say that is too many for one man in a year. A possible scenario is that they were done at an institution under his aegis.) “The operation done in Guangzhou in November was the first voluntary liver transplant by a citizen donor according to China’s standards.”

China Daily, the official English-language mouthpiece, was even clearer about what would and wouldn’t change under the new system.

“Huang said that these regulations are being amended and … make voluntary donations the only source of organs,” China Daily wrote. “Prisoners are still among the qualified candidates for donations, but their organs will be registered in the computerized system instead of being used for private trades, which will be the main difference in the future,” the newspaper said, citing Huang.

With roughly 10,000 transplants in China each year, and each transplant worth at least tens of thousands of dollars, a likely annual cash stream for the industry can be counted in the hundreds of millions, or perhaps over one billion, dollars.

The recent appearances in the press sought to present a different overall impression, while still letting the fine print stand.

It is unclear whether The Transplantation Society and the other medical groups will be inspired by the recent change, such as it is, to alter their stance on China. An email to the new director of the organization, Philip J. O’Connell, did not immediately receive a response.

Ethan Gutmann, the author of The Slaughter, a book about the illicit organ harvesting from Falun Gong prisoners, likened the current scenario to the running gag in the Peanuts comic.

“Lucy lines up the football …” he wrote in a droll email, a reference to the yearly stunt where Lucy sets up a football for Charlie Brown to kick, only to pull it away and watch him fall on his back—every time.