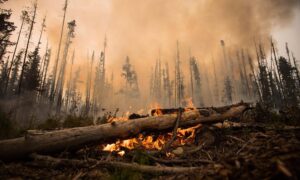 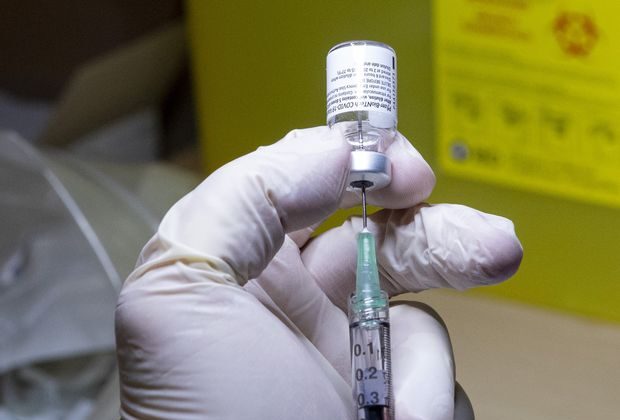 The first Pfizer-BioNTech COVID-19 vaccine dose in Canada is prepared at the Michener Institute in Toronto on Dec. 14, 2020. (The Canadian Press/Frank Gunn)
Canada

VANCOUVER—Doses of COVID-19 vaccine are expected to reach close to 60 First Nations in British Columbia by the end of next week.

There have been significant increases in the number of COVID-19 cases in Indigenous communities in the last two weeks, said Dr. Shannon McDonald, the acting chief medical officer for the First Nations Health Authority.

Cases on reserves previously represented a quarter of the more than 2,500 reported cases among indigenous people in B.C., but that’s risen to 40 percent, she said at a news conference on Wednesday.

She said 600 infections are active and 32 people have died.

The delivery of vaccine is being prioritized based on remoteness and whether a community has experienced a cluster or deaths, she said.

B.C. has allocated 25,000 doses of COVID-19 vaccine to First Nations for distribution by the end of February and 19 have received doses so far.

First Nations in B.C. are home to about 55,000 people and McDonald said she expects anyone who wants to be vaccinated against COVID-19 will receive their shots as more doses become available.

But she said the First Nations Health Authority, like others in B.C., has experienced challenges getting enough vaccine.

“We have shortages when we compare our priority lists to what’s been made available at this point from the province or through our partnership with regional health authorities, but we’re not alone in that.”

The First Nations Health Authority is not responsible for delivering vaccine to indigenous people living outside their home communities, said McDonald, explaining they would be served by regional health authorities.

“We would not be directly providing those vaccines, but we may be participating in partnerships to make sure that the distribution is done in a culturally safe and accessible way,” she said.

The authority participated in provincial decision-making about who should be first in line for vaccination, she said, including pushing to expand the age range for indigenous elders living off reserves.

The province has since expanded the age range for priority recipients to include indigenous people over the age of 65.

“The racism has always been there, and sometimes it simmers very close to the surface, but isn’t as evident,” she said.

“The fear and anxiety that people may feel about COVID can trigger First Nations people being targeted.”

Health officials began administering 600 doses of COVID-19 vaccine to Cowichan elders Wednesday, while a stay-at-home order is in effect until Jan. 22.

Canim Lake Band near 100 Mile House is also fighting an outbreak with dozens of positive cases.

A joint news release from the Cariboo Regional District, District of 100 Mile House, and Canim Lake Band says residents of the First Nation have been prioritized to start receiving vaccine this week.