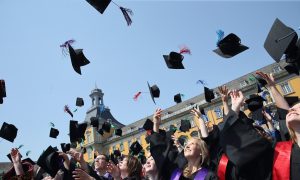 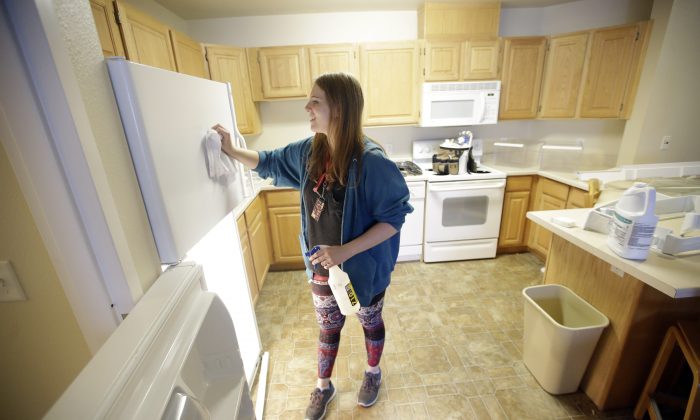 Dorm Alternative for Small Colleges May Be Employee Basement

CEDAR CITY, Utah—Incoming freshman Gabrielle Szczerbiak isn’t getting the traditional college housing experience she expected. She will have a roommate, though, but there are also rules — no boys in the bedrooms and a curfew.

The rules aren’t being imposed by any college dorm — they’re actually the wishes of the married couple who are taking in the 18-year-old music major after she got stalled on a rural Utah university’s housing waitlist.

This fall, an enrollment boom that created a housing crisis has prompted Southern Utah University in Cedar City to urge neighbors and employees alike to house the dormless. Many have done so, creating an unusual if not quirky housing situation.

It’s not uncommon for a small college to get creative when campus housing fills up, sending first-year students to such dorm alternatives as local hotels, rival schools or even a waterpark. But housing officials say they’ve never heard of a college resorting to putting up students in the spare bedrooms of employees and residents.

Such unusual arrangements don’t necessarily impact student retention, although most agree such an inconvenient step isn’t ideal during what is already a stressful life interchange for the blossoming scholars.

Calculating exact college enrollment figures can be tricky with the fickle nature of young adults who often change plans during summer months. That’s why the industry standard is to assume there will be a significant “melt” of the student population and overbook, said Allan Blattner, president of the Association of College and University Housing Officers International and a college housing official for more than two decades.

For a big campus like the University of North Carolina at Chapel Hill where Blattner is housing director, a few hundred kids can be squeezed in across a massive campus or off-campus partners can strike a quick deal with the school. But the options are more limited at small schools in small towns.

Two years ago, Capital University in Bexley, Ohio, made news when it housed about 30 first-years at the Fort Rapids Indoor Waterpark Resort for two weeks until enough dorm beds opened up.

Housing gaffes sometimes occur in off campus housing, too. Though not responsible, officials at Utah State University in Logan are converting rooms and doubling up roommates to help 300 students who found out this week that a new, private apartment building won’t be ready in time for school.

The waitlist at Southern Utah University peaked with 300 students as the school attracted its largest freshman class ever. The 1,564 students mark a 26 percent increase over last year at the campus 250 miles south of Salt Lake City. As of the first week of August, the waitlist was down to 50.

The school made a plea for spare bedrooms three weeks before the Aug. 19 move-in day. People in the close-knit community who opened their homes included the town hairdresser and a host of university employees, from the provost and admissions director to the school IT guy and marketing department assistant.

That’s how Szczerbiak from St. George, Utah, landed in the house two blocks from campus. She and three other freshmen women will be in spare bedrooms, while an alum lives downstairs with her husband.

Although she’s now happy with her arrangement and has come to terms with the “upsetting and confusing” housing situation, she said the school should have prioritized freshmen for the dorms. The school gave away 67 of its 599 bed spaces to non-freshmen.

Szczerbiak will pay $650 a semester in rent plus monthly utilities, cutting her housing expenses by more than half compared to on-campus dorm costs. Asked if her landlord will be a sort of resident adviser like most dorms have, the freshman said: “I’ve never done college. I don’t know what an RA is supposed to do.”