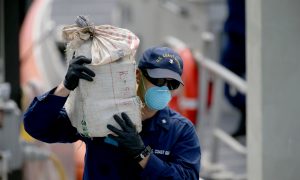 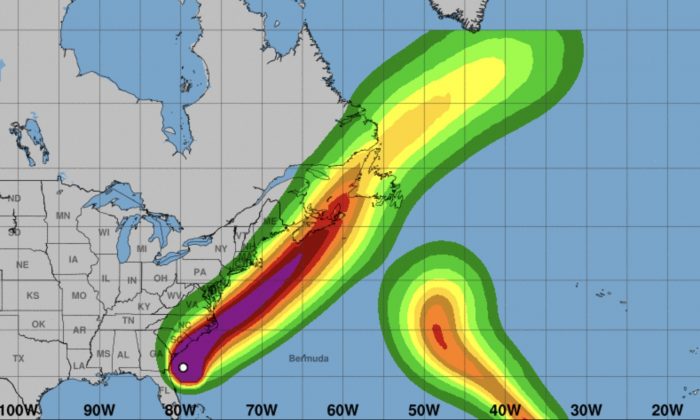 Dorian Strengthens to Category 3, Could Make Landfall in North Carolina

The National Hurricane Center reported in its 11 p.m. advisory that Hurricane Dorian has gained strength passing over warm water and returned to a Category 3 hurricane, with maximum sustained winds speeds of close to 115 mph (185 km/h) being recorded.

The advisory said that Dorian was moving northwards at almost 7 mph (11 km/h).

The NHC said that over the next 12 hours, Dorian is expected to fluctuate in intensity, after which it is forecast to turn north-northeast and slowly weaken on Thursday. Earlier reports said that Dorian could intensify to a Category 4 storm again Thursday.

Dorian could make landfall in North Carolina on Thursday night or Friday, according to forecasts.

The Miami-based NHC said at 8 p.m. EST that Dorian could strengthen again to a Category 4 by Thursday because it is hovering over warm waters, a key ingredient in hurricane intensity, NHC meteorologist Lance Wood said.

Dorian has already claimed 20 lives in the Bahamas, where it pummelled the tropical islands for days as a Category 5 storm—the most powerful hurricane ever to make landfall in the island nation.

The NHC issued a storm surge warning that covered the whole length of the coasts of Georgia, South Carolina, and North Carolina and extending to Hampton Roads in southern Virginia.

The storm surge warning for the next 36 hours, with danger from life-threatening coastal inundation, is in effect for:

More than 2.2 million people in Florida, Georgia, North Carolina and South Carolina have been ordered to evacuate.Warnings are still in place north of St. Mary’s River Florida.

A Hurricane Warning is in effect for:

A Tropical Storm Watch is in effect for: