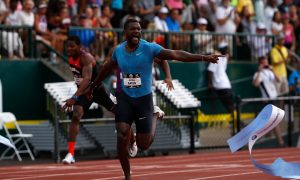 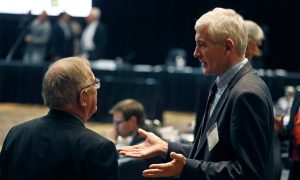 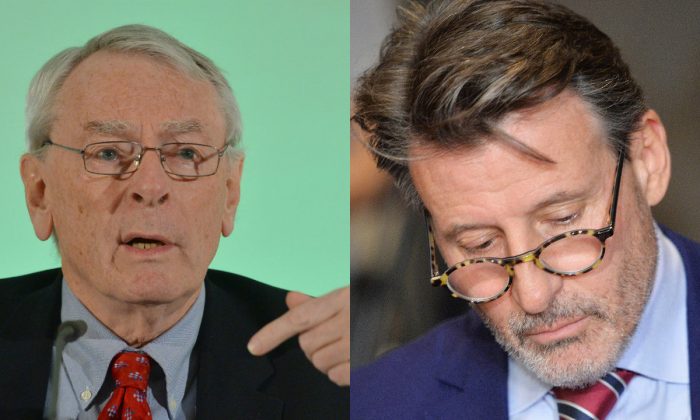 MUNICH—IAAF leaders must have been aware of the full scale of doping in Russia but did nothing to stop it, and the track and field organization itself was riddled by corruption, a report by a World Anti-Doping Agency panel said Thursday.

“It is increasingly clear that far more IAAF staff knew about the problems than has currently been acknowledged,” said the report, written by former WADA president Dick Pound and presented at a news conference in Munich.

“It is not credible that elected officials were unaware of the situation affecting … athletics in Russia. If, therefore, the circle of knowledge was so extensive why was nothing done? Quite obviously there was no appetite on the part of the IAAF to challenge Russia.”

The report added: “The corruption was embedded in the organization. It cannot be ignored or dismissed as attributable to the odd renegade acting on its own.”

Pound’s commission found that former IAAF president Lamine Diack “was responsible for organizing and enabling the conspiracy and corruption” that took place.

Diack “sanctioned and appears to have had personal knowledge of the fraud and the extortion of athletes,” the report said.

The WADA panel laid considerable blame at the feet of the IAAF Council, the overseeing body that included the current president of the IAAF, Sebastian Coe.

IAAF Council “could not have been unaware of the extent of doping…and non enforcement of anti-doping rules” pic.twitter.com/9rLDg9sDtL

Coe was in the audience as Pound presented his findings. He listened as Pound rattled off some grim conclusions about the IAAF, including that it remains, he said, an organization in denial.

But Pound backed Coe to stay at the helm of the IAAF, saying he was the best man to lead the organization out of the crisis and restore its credibility.

“As far as the ability of Lord Coe to remain as head of the IAAF, I think it’s a fabulous opportunity for the IAAF to seize this opportunity and under strong leadership to move forward,” Pound said. “There’s enormous amount of reputational recovery that has to occur here and I can’t … think of anyone better than Lord Coe to lead that.”

The report also details a relationship between Diack and Russian President Vladimir Putin.

With cases against nine Russian athletes unresolved and the 2013 world championships looming, the report says Diack explained to a lawyer that he is in a “difficult position that could only be resolved by President Putin of Russia with whom he had struck up a friendship.”

Pound said the IAAF should not be disbanded. He said he doesn’t believe the federation’s problems are as grave as those that have brought down the leadership of soccer governing body FIFA.

When Coe took over the presidency in August, he was lavish in his praise of Diack, who led the IAAF for 16 years. The allegations that have since emerged became an increasing source of embarrassment to Coe.

But Pound said he believes Coe had “not the faintest idea of the extent” of Diack’s alleged corruption when he took power.

Diack was taken into custody by French authorities in November on corruption and money-laundering charges, suspected of taking more than 1 million euros ($1.1 million) to blackmail athletes and cover up positive tests.

His son, Papa Massata Diack, who worked as an IAAF marketing consultant, was banned from the sport for life in a ruling last week by the IAAF ethics commission. Two Russian officials were also banned for life for engaging in blackmail, bribery and extortion to cover up a doping case involving Russian marathoner Liliya Shobuhkova.

Pound’s first report, issued in November, detailed a state-sponsored doping program in Russia involving corruption and cover-ups. That led the IAAF to suspend Russia’s track and field federation, leaving its athletes in danger of missing this year’s Olympics in Rio de Janeiro.

The new report said Lamine Diack essentially ran the IAAF as his own fiefdom, with “a close inner circle” that functioned “as an illegitimate governance structure,” including when it came to Russian doping. The inner circle included Diack’s son and his personal lawyer, Habib Cisse, who functioned as a “powerful rogue group.”

Richard McLaren, a member of the commission, said Diack’s inner circle may also have corrupted the process of selecting and not selecting cities for IAAF world championships and sponsorship deals. He recommended that more investigation was needed on those suspicions.

The investigators suspect athletes from other countries may also have been blackmailed and they may only have so far examined “the tip of the iceberg” of efforts to extort athletes, McLaren said.

The report came two days after the AP released details from six years of IAAF internal emails, reports and notes showing a high level of communication between the athletics federation and Russian officials about suspicious test results from the nation’s athletes, including plans to cover up some doping evidence.