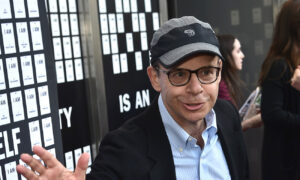 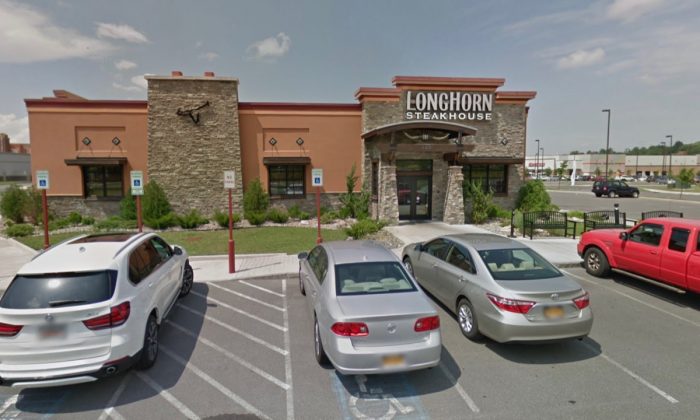 The LongHorn Steakhouse restaurant where Gregory Kiernan purportedly snatched a woman's purse before being chased down, in Camillus, NY. (Screenshot via Google Maps)
Crime and Incidents

The owner of a donut shop chased down a thief who outran two women and was about to take off in a car.

Paul Valenti, the 46-year-old owner of Glazed & Confused donut shop in Syracuse, New York, was eating dinner with his wife and two children at LongHorn Steakhouse in Camillus when the restaurant went into emergency mode. Alarms went off and everybody was evacuated, Syracuse.com reported.

While in the parking lot someone said what happened—a woman’s purse had been stolen inside the restaurant. Valenti looked over and saw two women chasing a man across three parking lots, according to Syracuse.com.

Valenti pursued the group until the women had caught up with the man. As he tried to get in his car, Valenti stepped in front of the women so they wouldn’t get hurt, Syracuse.com reported.

“I’m a little bigger than him, so I just stopped him from getting in his car,” Valenti told Syracuse.com. “I said to him, ‘What were you thinking?’ and then the guy threw the woman’s purse back at her and said he was having hard times.”

Gregory Kiernan was arrested, but his mugshot has not been released because police think he has committed similar crimes in the area, according to Syracuse.com.

The woman who got her purse back gave Valenti a hug and tearfully thanked him, Syracuse.com reported.

Police told a server at another restaurant in the area that the same man had snatched her wallet a few weeks ago, according to Syracuse.com.

“I wish I could personally thank the patrons who chased this guy,” said Angela Clayton, via Syracuse.com. “I’m currently waiting for the DA’s office to release my wallet back to me.”

“I know my wallet and everything in it could be replaced, but my wallet had a lock of hair in it from my son’s first haircut that we had taken him for that Thursday before this happened,” she said.