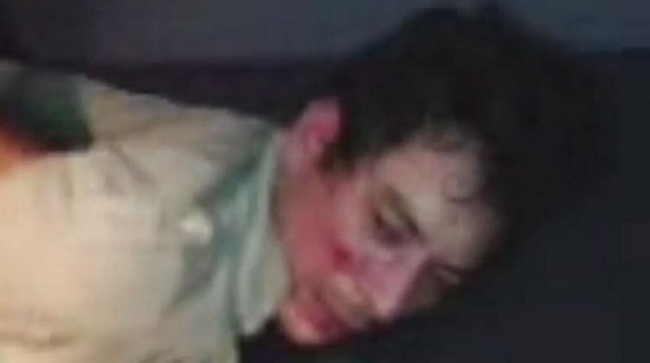 (Screenshot taken from YouTube video of the man)
US

Don’t Yell ‘Jihad, Jihad!’ on a Plane and Run Towards the Cockpit

It’s probably best not to yell “jihad” on a plane. And it’s also not recommended to run towards the plane’s cockpit under any circumstance.

But one man on a United Airlines flight did just that, and he ended up with bruises on his face, apologizing the whole time.

The plane was forced to turn around after a passenger ran to the cockpit, yelling “jihad, jihad,” according to CNN.

An unnamed government official confirmed he shouted “jihad” repeatedly. The man’s name and background was not revealed, and it appears unlikely that the man was connected to a terrorist group like ISIS or al-Qaeda.

The man was detained before he was taken to the hospital. He was not charged.

The pilot said that the man was “declaring an emergency due to a passenger disturbance. He’s restrained. We need to return to the airport,” according to a LiveATC.net recording obtained by the Chicago Tribune.

A cell phone video shows the man with his face bruised. He was being held down by other passengers in the footage.

He is heard saying: “Please stop, please stop, they said call it off.”

“Don’t move,” one passenger says. “You’re OK. We’re going to get you off this plane, buddy.”

“They laid on him and he just kept shouting incoherent things like ‘I can make you and your family rich’, ‘I live next to Apple,’ ‘I live next to Boeing’, ‘Let me go and let me live and I’ll make our families rich,” Donna Tellam, a passenger on the plane, told the Chicago Tribune.