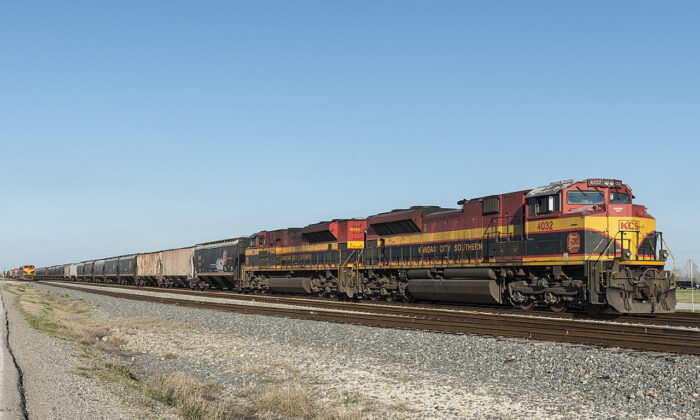 President Donald Trump rightly points out the economy-wide savings from his deregulation initiatives. But one federal agency didn’t get the memo. Some members of the Surface Transportation Board, which has oversight over the nation’s network of freight railroads, wants to resurrect price controls on the industry.

It is a truly awful idea, and to understand why, it is vital to hark back to the bad old days of the 1960s and 1970s, when almost all modes of transportation operated under the stranglehold of Soviet-style price regulation. These rules nearly bankrupted the freight railroads, and a government takeover of the industry seemed inevitable.

Instead, in the late 1970s and 1980s, Congress acted to lift the price controls on the airlines, the shippers, and the railroads and allow the market to set shipping rates. The Staggers Rail Act deregulated prices and saved the dying freight trains, although it led to dramatic consolidation. Remarkably, these laws were even initiated by liberals such as the late Sen. Ted Kennedy of Massachusetts and economists in the Carter administration. (Yes, Jimmy Carter got something right.) The Reagan administration accelerated the process.

Today, nearly everyone agrees that the deregulation movement in the transportation sector was an unqualified success. Airline deregulation cut airfares for passengers by 50 percent, 60 percent, and in some cases 90 percent. According to a 2000 study by the Surface Transportation Board, “rail economic regulatory reform resulted in significant economic efficiency benefits, most notably rapid productivity growth, that enabled railroads to become financially stronger while lowering average rate levels.” Thomas Gale Moore of the Hoover Institution found that for rail customers, “freight rates fell by 45 percent,” and even though the industry consolidated, it has remained “intensely competitive.”

Intensely competitive is an excellent way to describe today’s freight industry—including the transport of everything from Amazon deliveries to oil and gas from the wells to the service stations, to crops, lumber, steel and semiconductors. Consumers and producers greatly benefit from our world-class delivery of products. Rail competes with ships, truckers, airlines, pipelines, and now drones. That isn’t to say there aren’t some stranded producers who can face monopolistic pricing, but in 2020, that’s rare.

It’s a backdoor plan to bring back price controls of yesteryear. It would do so through an antiquated provision of the Staggers Rail Act known as “revenue adequacy,” which mandates a bottom-floor level of revenue for the industry. It was meant to ensure the survival of the railroads. The board now would turn that provision on its head and define “adequacy” criteria as an excuse to impose not a floor on prices but a revenue ceiling. Kennedy must be rolling over in his grave.

Under this scheme, once rail shippers reach a specific revenue target, the government could deem them as having “adequate”—i.e., enough—funds and arbitrarily cap the rates on additional products they ship. It’s similar to the government telling a diner owner, “Once you sell your 500th hamburger, you can’t make a profit on the next 200 that people buy.”

The problem, of course, is that regulators lack the knowledge and foresight to know what “adequate” revenue is. Rail shippers’ profits and operating costs fluctuate year over year and can ebb and flow with the health of the overall economy. Also, because this is designed to limit rail profits, economists at the Phoenix Center found that a revenue ceiling would significantly reduce railroad investment at a time when we should be incentivizing more, especially in automation. Such a command-and-control pricing model characterizes regulated industries such as water and electricity. This has been an enormous failure that shields consumers from the benefits of competition, such as more innovation, better prices, and more options.

It also flies in the face of the economic revival strategy of the Trump administration, which is to deregulate industries aggressively and let markets clear, to the benefit of consumers. Some at the transportation board think Massachusetts Sen. Elizabeth Warren is president.

Back in the late 1970s, when the airlines were deregulated, then-chairman of the Civil Aeronautics Board Alfred Kahn, also known as the “father of airline deregulation,” shut the agency down after airlines were allowed to set their prices. It was a clever way to ensure that the regulations would never come back. The Trump administration may want to do the same with the transportation board, which is now trying to justify its existence by bringing back the 1970s regulatory structures. We suspect that some of the shipping industry’s customers may be behind the call for price controls to squeeze lower prices out of the rail industry.

Arguably, Trump’s most significant legacy is ending President Barack Obama’s war on business by allowing firms to achieve more substantial rewards for becoming more efficient. The rail industry is doing just that and should be celebrated, not punished, for its economic progress and its return to profitability.