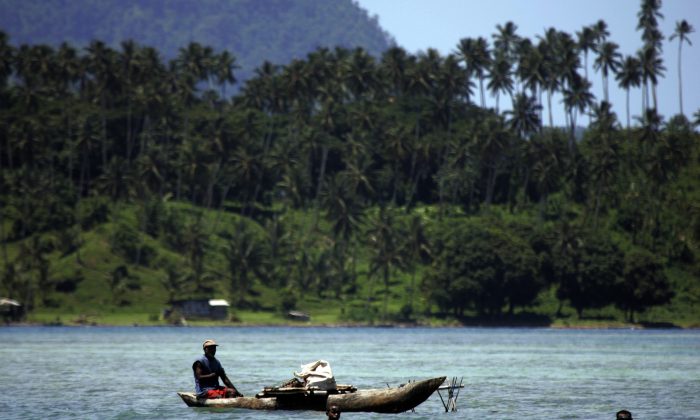 Australian Prime Minister Anthony Albanese has said taxpayers cannot buy every plot of land in the Pacific that may be subject to Chinese interference while warning against encouraging real estate promoters to leverage geopolitical tensions in the region.

The prime minister’s response comes after retired Australian businessman Ian Gowrie-Smith appeared on Nine Entertainment’s A Current Affair program, saying he was keen to sell off 21 atolls under his ownership that form part of the Conflict Islands.

The area is part of Papua New Guinea just north of Australia and is located around 944 kilometres from the northern city of Cairns.

Gowrie-Smith is concerned about Beijing’s interests in the region and said for security reasons, he was willing to accept a low offer of around $36 million to keep it out of Chinese hands but noted he had yet to hear back from Foreign Minister Penny Wong—who he attempted to contact in June.

“I haven’t heard tickety boo—nothing. I know that it went through all the official levels with Papua New Guinea’s Australian high commissioner, so I know that it’s gone through to her,” Gowrie-Smith told A Current Affair earlier in the week.

The 74-year-old said that if he did not receive a response, he would unwillingly sell to an interested Chinese buyer.

In response, Prime Minister Albanese said there were over 500 islands in the region.

“There’s a lot of real estate across the Pacific. Australian taxpayers aren’t in a position to buy all of it,” he told 2GB radio on Aug. 24.

“Penny Wong’s office were unable to locate the email as having been received, the Department have now received that, they are looking at it,” he added.

“Think about the implications if sellers of assets came through the media, say, ‘I want Australia to buy this or else there’s implications, we’ll sell it to China,’ think about where that ends.”

Albanese said the final decision rested with the Papua New Guinean government while noting Foreign Minister Wong would be visiting next week.

Concerns of wily businesspeople leveraging geopolitical concerns around Beijing have been aired before, notably with the sale of Digicel Pacific by Irish billionaire Denis O’Brien.

The issue places democratic governments in a difficult situation because they must compete with the Chinese Communist Party, which faces little accountability for how government funds are spent and how state-owned enterprises operate.

Digicel Pacific was put up for sale in mid-2021 and is the largest mobile service provider in the South Pacific, specifically Papua New Guinea, Fiji, Nauru, Samoa, Tonga, and Vanuatu.

The purchase of the telecommunications firm by a Chinese-backed entity presented legitimate privacy and data security concerns, yet there was little value in Australian companies buying into the region.

Eventually, the Australian government stepped in to extend a loan to the country’s largest telco, Telstra, to buy Digicel for US$1.6 billion (the government loaned US$1.33 billion to Telstra via Export Finance Australia).