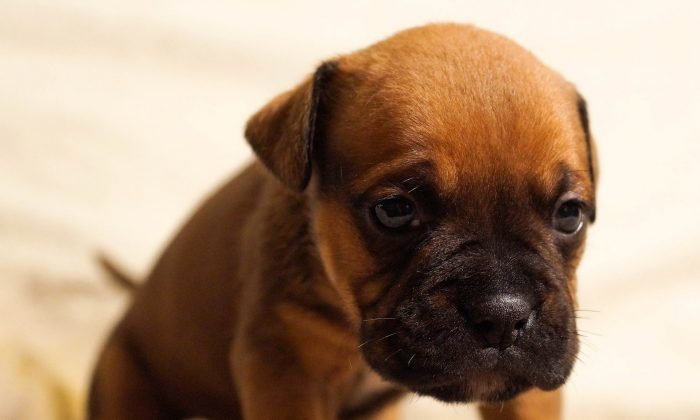 A puppy. (Pixabay)
US News

Don’t Leave Dogs Outside in Extreme Weather: You Could Wind up in Jail

As temperatures continue to drop, animal shelters in Pennsylvania are reminding pet owners to ensure that their dogs are not tied up outside in freezing temperatures for more than half an hour without adequate shelter.

Cumberland Valley Animal Shelter’s communications director, Jennifer Vanderau, has asked pet owners to keep their dogs out of the elements and try not to let their dogs be rained on.

“Your doghouse that you have should keep them dry. If it rains and that freezes, that’s awful. Please make sure that they can get out of the elements and they can get into the doghouse and not actually be rained on. Have it raised off the ground if you can,” Vanderau told ABC News.

“We have a lot of concerned citizens in the area,” she added.

Vandera said cruelty officers from their shelter get calls about animals outside in freezing weather. Now with the new law passed in August this year, animal shelter officers will be able to do something about those animals.

Libre’s Law provides a series of changes to Pennsylvania’s anti-animal cruelty law such as increasing penalties for animal cruelty and imposing more guidelines for the tethering of dogs outside.

Under the changes, pet owners who leave their dogs tied up at temperatures above 90 degrees or below 32 degrees Fahrenheit for more than 30 minutes could be charged with a summary offense, face a fine between $50 to $750, or be jailed for up to 90 days, or both.

Depending on the condition of the dog, pet owners could be charged a misdemeanor of the second- or third-degree and face up to one year in jail or a $2,000 fine, or both.

Pennsylvania Director of the Humane Society of the United States Kristen Tullo said there actually have been animals that have been frozen to the ground.

The Libre Law was enacted after Libre, a 7-week-old Boston terrier, was found by a delivery man severely neglected by its owner in Lancaster.

The puppy was dehydrated and starving, suffered from severe mange, his skin oozed blood and pus, and he was infested with maggots, according to Lancaster Online.

Lucky for Libre, he made a recovery after ongoing care from animal rescue officials and vets and had become the face for the introduction of new animal cruelty measures.