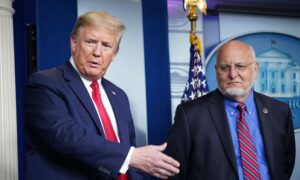 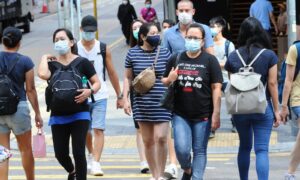 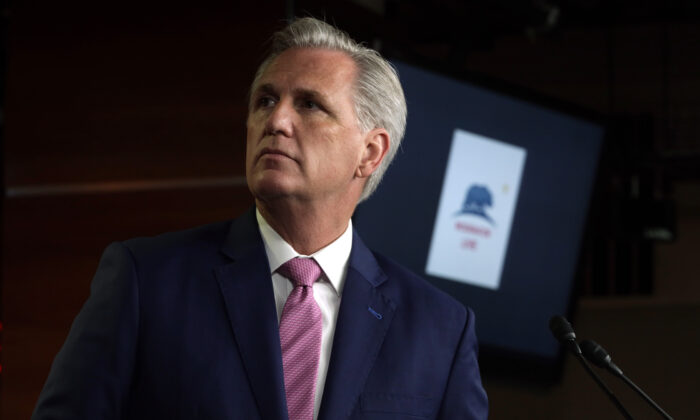 The top House Republican revealed that the forthcoming stimulus package to provide relief during the COVID-19 pandemic will not likely be passed until next month.

It means that a key provision of the CARES Act, the extra $600-per-week in unemployment insurance, will expire before then. Democrats want to keep the provision until early next year, while Republicans want to change the policy to reduce—or eliminate—the sum altogether.

House Minority Leader Kevin McCarthy (R-Calif.) said in an interview on Tuesday: “I envision that this bill doesn’t get done by the end of July.”

“We’re probably in the first week of August before we make this happen,” he added, saying that he expects there to be disagreements with Democrats over liability protections and unemployment insurance, which will hold up the process.

House Democrats passed the $3 trillion HEROES Act in May, but Senate Republicans described it as unrealistic and too costly. Republicans like McConnell and White House officials have said they want to keep the measure at around $1 trillion, while House Speaker Nancy Pelosi (D-Calif.) told reporters earlier this month that it wouldn’t go far enough.

On Monday, Mnuchin told reporters that the next round of stimulus will focus on having children return to schools and workers heading back to their jobs, as well as developing a vaccine to curb the spread of the virus.

“We’ll have tax credits for PPE, for safe work environments, and we’re going to have big incentives, money to the states for education, for schools that can open safely and do education,” the Treasury secretary said, referring to the Payment Protection Program that was established under the CARES Act passed in March.