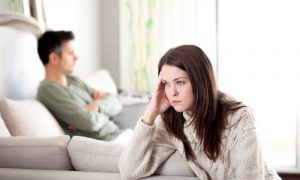 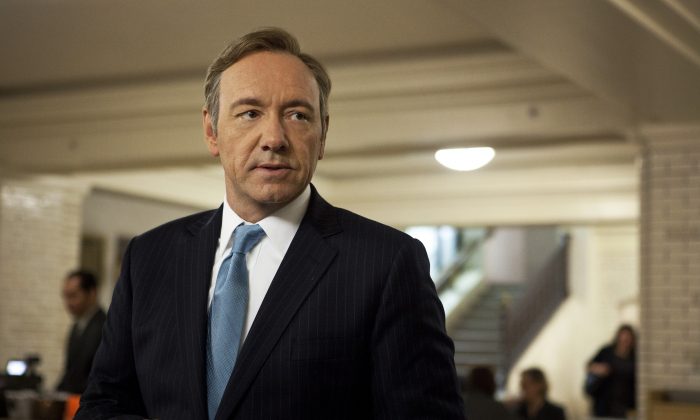 This image released by Netflix shows Kevin Spacey as U.S. Congressman Frank Underwood in a scene from the Netflix original series, "House of Cards." (AP Photo/Netflix, Melinda Sue Gordon)
US

To fight for status and power is bad for heart health, say University of Utah researchers
By Mary Silver
biggersmaller
Print

Aggressive, hostile-dominant people may win brass rings in life, but at a cost, according to a series of studies by psychologist Timothy W. Smith and his colleagues at the University of Utah. Those who use the hostile-dominant personality style seem to be more vulnerable to cardiovascular disease than others. They also win less social support.

But there is good news. People can change. Frank Underwood, the ruthless politician of “House of Cards” probably cannot, but real people can.

Smith is a distinguished professor of psychology. He said it’s not easy for aggressively competitive people to understand that they are at fault. “People like that often view other people as the source of the problem.”

The first step is often the most challenging, and comes when other people resist the hostile behavior, according to Smith. A manager may accumulate so many complaints from subordinates about his behavior towards subordinates that he or she is in danger of being fired.

“It’s not a style that wears well with other people,” said Smith. “But in some relationships or families someone finally says, ‘this has to change,'” and the hostile-dominant person starts seeing his or her behavior more clearly.

Changing takes time. But if a hostile-dominant person is able to make the shift to warm-dominance, being friendly and caring while still taking the lead, both his relationships, his status, and his heart may be better.

There are psychosocial predictors of heart disease, said Smith. Having higher status, feeling a sense of personal power, is good for health. It reduces cardiovascular risk, according to Smith. But there is a nuance.

“I came across studies that found that having status because people freely grant it to you out of respect is protective. Aggressively demanding, that kind of blustering and aggressively posturing—my work suggests that it comes at the cost of your relationships,” he said.

Smith presented his groups’ findings at the American Psychosomatic Society meeting this week in Savannah, Georgia. They did four studies.

They monitored the blood pressure of 180 undergraduates during stressful conversations with other people, who were scripted to act deferentially or dominantly. The hostile-dominant people’s blood pressure went up significantly when they talked to other people who appeared to be dominant. That is a marker for risk of cardiovascular disease.

The older couples were an average age of 63. For them, “a warm-dominant style was associated with less conflict and more support,” stated the university.

The most marked sign of heart trouble happened with the older married couples. Hostile-dominance was “associated with more severe atherosclerosis in men and women, as measured by coronary artery calcification.”

So cultivating friendliness and warmth could have medicinal value over time.