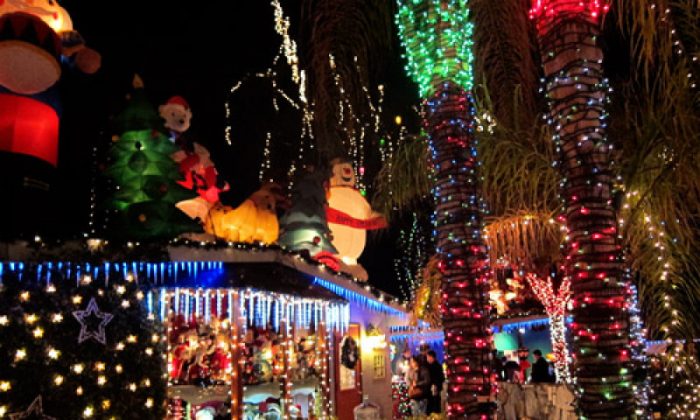 ‘Don’t Be a Grinch’: City Officials Asked to Stop Meddling in Christmas Traditions

Arcadia man Lee Sepanek’s home in Arizona will remain dark this year after he decided to pull the plug on his popular annual Christmas light display.

Sepanek has covered his home with Christmas lights and animatronic windows for over 30 years, which has drawn thousands of visitors to his home to view the displays.

His decision to pull the plug on this long-standing tradition was due to complaints made by neighbors to Phoenix police about traffic problems caused by visitors, reported 3TV/CBS5.

“It was more about the issue of people blocking driveways. I wish, I mean I think, they should have come to me first and talked it over instead of going to the city,” said Sepanek.

City officials met with Sepanek in October and told him that he needed to do something to fix the traffic problem. He was also asked to stop giving away or selling hot cocoa to visitors without a permit.

“They told me that they can’t stop me from decorating but if they have more complaints of blocked driveways, which I know will happen, they would come over and shut me down,” Sepanek told 3TV/CBS5.

Sepanek said his displays are popular with most of his neighbors, who were upset by the decision to not put up the lights this year, reported 12news.

“It would get a little hectic out here but I guess, in my opinion, I just figured it was (the) holidays—everyone could deal with it for a month or so. We love the lights,” said Rizzy Harris.

The Arizona Republican Party issued a statement on Nov. 14 calling for the city to stop regulating Christmas traditions.

Councilman Sal Diccico also expressed his disappointment in city officials in a Facebook statement on Nov. 14.